I have a three part post to come on my boat trip on Lake Titicaca, but I am facing an expiring visa that requires me to move out of the country for a while. I have to go. 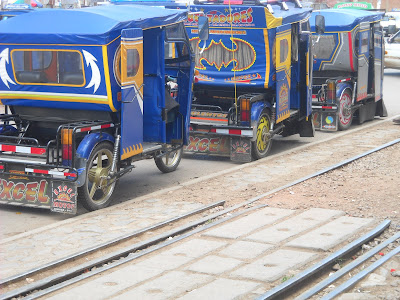 In the morning I leave for Copacabana, Bolivia. Once I'm there I'm going to do some travelling. Will have my Lake Titicaca post up as soon as I settle in Bolivia. I expect to be soon in La Paz.

To those who drop in to see what I wrote of our day on the lake, I apologise for the delay. Meanwhile, I recall my time in Peru more than fondly, almost all of that due to the character of Peruvians in general. I hope to return soon to continue my adventures among such good and decent folk. At the risk of revealing too much, (you know I mean you) I look forward to meeting someone again when I return to Lima. Life is good. 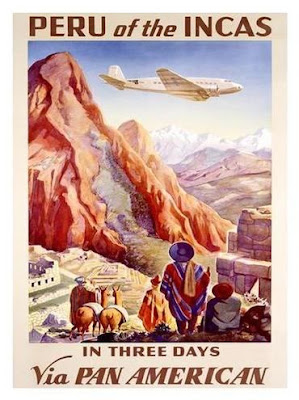 A land of ladies in funny hats

Peru has a 19th century feel to it at times that I find attractive, a simplicity that even electric lighting can't erase. There is enough Modernity to please me but not so much that the nation is overwhelmed by Hollywood images and Wall Street vacuity. People here, and I notice especially women, are not so much beauty queens as one sees in the heart of America's fashion capitals, even in affluent suburbs of small cities. Here, women look like ordinary women, some wearing make-up, others looking like they just stepped out of the shower, dressed, and came out to do their daily doings. They look like the ordinary working class women they are, and I find it 19th century, though well-fed and clean. Perhaps most women here won't be fashion models, even fashion models on local television, but the women here look feminine and attractive as women, if not as models of womanliness, not so attractive to me, for what it's worth. And then there are those women, stout, to be polite, who are dressed in genuine 19th Century fashion, women who make this a land of ladies in funny hats. 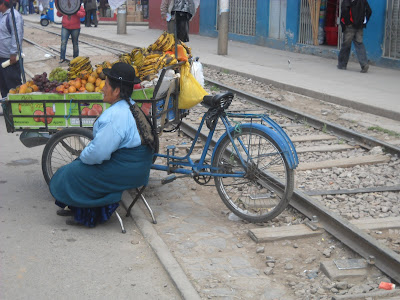 When I think of women in Peru, especially in the Andes, I think of ladies in bowler hats, flowing skirts, psychedelic design blankets tied at the shoulder as carry-alls [aguayas]. 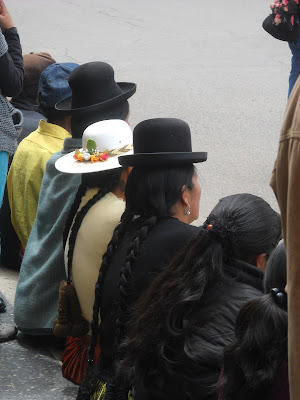 This is not a perfect place, and I won't live here for all of my whole life because I think it has more to offer me than America. It has many aspects, the culture, that make it far superior to America today; but it's not enough to look at women in funny hats to make this a place to live. What it has of real attraction is women who have 19th century values to a large extent, values so alien today to many American women that returning home is ever more unlikely for me. There is Modernity, which I love very much, and there is the current rule of the Freak Show that turns my stomach and turns my mind from home to other, better lands and people, Peru being one of those places, Peruvians being some of those better people. We could in America have it all, but not with the attitude so many today carry around like weapons. America has much to relearn, and some of it, important things, to learn from Peruvian ladies in funny hats. 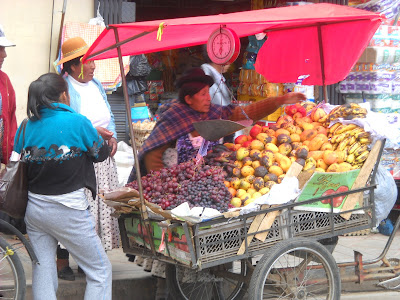 A bit of history about the funny hats: The bowler hat was devised in 1849 by the London hatmakers Thomas and William Bowler to fulfil an order placed by the firm of hatters Lock & Co. of St James's.

The bowler, not the cowboy hat or sombrero, was the most popular hat in the American West, prompting Lucius Beebe to call it "the hat that won the West."[7] Both cowboys and railroad workers preferred the hat because it wouldn't blow off easily in strong wind, or when sticking one's head out the window of a speeding train. It was worn by both lawmen and outlaws, including Bat Masterson, Butch Cassidy, Black Bart, and Billy the Kid. It is in America the hat came to be commonly known as the "Derby".

The bowler, called a bombín inSpanish, has been worn by Quechua and Aymara women since the 1920s, when it was introduced to Bolivia by British railway workers. For many years, a factory in Italy manufactured the hats for the Bolivian market, but they are now made locally.

I have some things to do with the day before I can sit down to finish writing my account of a trip to the islands of Lake Titicaca and those experiences of others on the trip as I understand them. Please look again tomorrow. 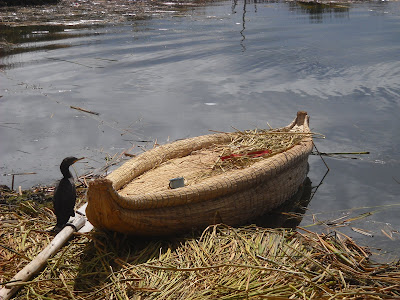