No one laughed at Stalin's mother behind her back

There are close to 600 comments at Anne Althouse's blog, many of them dealing with an anarcho-loser in Wisconsin blogger who wrote a moronic threat against Althouse and her husband because of Althouse and husband detailing unionist activities in Madison, Wisconsin over the course of the past long nine weeks while as public service unionists and fellow arseholes try to intimidate the elected government and the general voter/state resident/tax-payer. The threatener linked below decided to make his feelings known about his hatred toward those who stand up against the unionists, and he wrote a silly, if threatening, letter, which Althouse published. Now the guy is known. He's a goofy loser.

This is the threatening letter link:

And here is a link to comments at Althouse:

The man in question is, it seems, Jim Shankman. Photos, links, and info here;

At the Althouse link, commenter Jane, 3/17/11 8:01 PM, writes: "The letter writer's mother is the Dean of the College at Benedictine College."

Her son, the letter writer, is now crying about being picked on. You can follow as you like. The point I hope to make is that this fellow, Jim Shankman, is a goofy loser who has suddenly become known in certain circles as a -- goofy looser. What about his mother? How must she feel? She's obviously successful at her career, which must be some compensation for having a goofy loser of a kid.

Benedictine College is a Roman Catholic liberal arts school that provides instruction to nearly 1,200 students. It offers bachelor's degrees in nearly 40 major fields, as well as three graduate degree programs. The school's Atchison, Kansas campus overlooks the Missouri River. The college, which opened its doors in 1859, is sponsored by brothers and sisters of the Benedictine monastic order.

VP and Dean of the College: Kimberly C. Shankman

But I feel sorry for this lady. If I had a mother, I'd want her to feel something other than humiliation at my antics. I'd feel better if she could hold up her head when she went to work at the salt mine, everyone knowing she's the mother of the worst "mother" in the world, someone no one laughs at. I'd feel better if my mother were the Mother of Stalin. I'd be kind of sick of myself if I were just a goofy loser. But, as I note, I don't have a mother, so it could well be that I won't make the extra effort to redeem myself in anyone's eyes. Even so, I would hope never to be such a goof as this guy above.

I like to think that in some small way this is helpful.

More on the goofy Wisconsin loser who threatened blogger Althouse.

Exclusive Interview With Jim Shankman, the Man Behind the Ann Althouse Threat

Shankman is currently unemployed, claims to not be a member of a union and says he most often works as a dishwasher when employed. He insists that he does not advocate for violence and in some ways sought to distance himself from his “manifesto,” while also acknowledging authorship. He says he’s done with the issue and was simply giving voice to thoughts and rhetoric he “regularly hears in the street.”

Up-date with some comments from Althouse:

So this poor dude self-reportedly sits around watching FOX News, arousing himself to a constant state of agitation over its reporting. 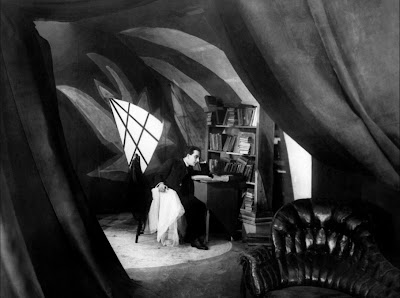 The gentle reader here must by now wonder just wtf I do all the time if I can't seem to post anything here more than once or twice a week, or less! I am not sitting at Tim Horton's having my fix of vitamins C and D, believe me. I am writing, in long-hand, more notes for volume three of my magnum opus, A Genealogy of Left Dhimmi Fascism: Oikos I, "Earth and Man." Yes, it is obviously about ecology. I'm down to the final 12 books to read for material, and then I think I don't really have 12 more to come. Like the past three or four times I thought I only had a dozen more books to read, I could be wrong about this. Or I could be just about sick of it and ready to move on to do some typing at last.

Three Canadians come to mind straight off the top, Kathy Shaidle, Howard Rotberg, and Jonathon Narvey, and I am hopeful of taking a page out of their book, as it were, by publishing my own books. I hope to do this in relatively short order. The two volumes I hope to have out are culled from this blog and Covenant Zone. It will make me rich and famous while I slave away in the tropics typing the rest of the oeuvre. Till then, thanks for your patience.
Posted by Dag at 10:37 AM No comments: