I got a joke in the mail today:

A friend of mine just started his own business, making landmines that look like prayer mats. It’s doing well. He says prophets are going through the roof.

Posted by Dag at 2:06 AM No comments: Links to this post

http://gatewaypundit.firstthings.com/2010/08/alaskan-senator-lisa-murkoski-set-to-concede-calls-press-conference/
Posted by Dag at 8:26 PM No comments: Links to this post

"But there is a part of me that thinks I’m seeing a new kind of human community come into being that I don’t want to face and that I don’t have a name for. A city where murder, violence, kidnapping, torture, robbery and extortion are the economy. This is a new kind of city."

New!? Leave it to a leftard not to know. Good lord. It is the nature of all cities till the rise of Modernity, the thanatocracy.

Cities are not traditionally places of freedom and independence for the average individual. They are areas of central political organisation and military encampments. To a lesser extent they are centres of trade, commerce, and finance. Cities are distribution hubs. Marx writes of cities as parasitical because they take in food and other goods from the surrounding agricultural areas and seem to give back little, which is a "physical fallacy." It lingers. Cities are distribution points for gathering in and sending out, i.e. they are marketplaces. But that is all secondary at best: cities are centres of political power, places where men of power gather to make decisions regarding the rule of the land. In a world of strength as moral, of "might makes right," cities are the central power of what we call the fasces. A fasces is a symbol from Roman times of a military power, e.g. and axe, wrapped round with reeds, the symbol being of a central power around which the masses are bound. It is appropriate for all authoritarian communalist organisation, particularly pre-Modern cities.

Cities in the pre-Modern world are not free, free in the sense of free trade, unless they have a royal charter. They are areas open to plunder and destruction by superior forces, not necessarily outsiders. The tax-man cometh. He cometh with a sword. A city is a place of power and indiscriminate violence against the lower orders, those who have no property rights, which is to say, those who are not citizens in a very narrow sense. Pre-Modern cities are places where the majority are prey to any passing privileged and entitled being. You have, they take. You resist, they kill you. Life, nasty, brutish, and short. That's the way it was, and that is the way it is in most places, though today's Mexican Ciudad Juarez is an extreme example in the world. It's not much different from the usual state of early times. Today's drug-dealing police force is little different from Ottoman Janissaries, as one example among numerous. Those who don't et this are those who think all cultures are equal and adaptive, i.e. culturally relative. Anti-Americans and antiModernists don't have a clue. This is what the world used to be everywhere. It takes a leftist to miss it and to blame revolutionary America for the usual state of things.


Beyond the violence, what surprised you most about [Ciudad] Juárez, [Mexico] during your time there?

Charles Bowden: That it keeps functioning. This is a city that’s had 25 percent of housing abandoned. Had at least 40 percent of its businesses slam their doors shut. That has lost at least 100,000 jobs. That has had an explosion of violence, and there are still about one million people that get out of bed every morning and try to go about a normal life. I have said the city is dying, because by any logical standards it is. But there is a part of me that thinks I’m seeing a new kind of human community come into being that I don’t want to face and that I don’t have a name for. A city where murder, violence, kidnapping, torture, robbery and extortion are the economy. This is a new kind of city.

People who sentimentalise the past as a golden age of happy peasants living close to nature in a state of bliss with families and friends are maniacs or fools or fascists. Without Modernity, all of the world will revert to a state like Ciudad Juarez, and it will be just like the world has always been: a death camp surrounded by the dying.
Posted by Dag at 7:36 PM No comments: Links to this post

This came in the mail without a link. I'll try to get more information. Till then, see what you think.

If they can build a Mosque at ground zero without the ACLU objecting, why can't we put a cross in our yard. See how many and who objects to that. Bob

A small cross - A powerful message


What about this idea?

When driving to, from, and through Frankenmuth , Michigan , I'm always intrigued with the many small simple crosses in the front yards of the homes we pass by.

Those crosses are a statement of support for Frankenmuth's Christian foundation.

Two years ago an atheist living there complained about two crosses on a bridge in town. He requested that they be removed and the town removed them.

He then decided that, since he was so successful with that, the city shield should also be changed since it had on it, along with other symbols, a heart with a cross inside signifying the city's Lutheran beginnings.

At that point, the residents decided they had had enough. Hundreds of residents made their opinions known by placing small crosses in their front yards.

Seeing this quiet but powerful statement from the community, the man removed his complaint. Those simple crosses remain in those front yards today.

After passing those crosses for two years, it finally hit me that a small cross in millions of front yards across our country could provide a powerful and inspiring message for all Americans passing them every day.

I think it might be time to take this idea across America . We have an administration that says "we are not a Christian nation" and everywhere you look the ACLU and others are trying to remove from our history and current lives any reference to God, prayer, or the fact that our country was founded on Judeo-Christian principles.

Our administration can't bring themselves to talk about "radical Muslims or Islamic terrorists" for fear of offending them, but they can talk about Americans "clinging to their guns and their religion", or insinuate that our own military troops coming home from service overseas might turn into terrorists.

The majority of Americans are Christians, why are we letting this happen to us?

IT''S TIME TO STAND UP AND MAKE A STATEMENT. A SMALL QUIET BUT POWERFUL STATEMENT.
IF YOU AGREE, PLACE A SMALL WHITE CROSS IN YOUR FRONT YARD OR GARDEN FOR ALL TO SEE THAT THEY ARE NOT ALONE.

It would be a beautiful thing to see crosses all across America .

Please pass this along.
Encourage all you know to stand for America 's Judeo-Christian heritage and our religious freedom.

God Bless America !
Posted by Dag at 1:01 AM 2 comments: Links to this post

I write frequently and in-depth on the topics of oikos, the root word of both oeco-logy and oeco-nomics. Now I see I have some serious competition from Roger Scruton. Nice work.

The British philosopher Roger Scruton has coined a term to describe this attitude: oikophobia. Xenophobia is fear of the alien; oikophobia is fear of the familiar: “the disposition, in any conflict, to side with ‘them’ against ‘us’, and the felt need to denigrate the customs, culture and institutions that are identifiably ‘ours.’ ” What a perfect description of the pro-mosque left. [...]

There is one important difference between the American oik and his European counterpart. American patriotism is not a blood-and-soil nationalism but an allegiance to a country based in an idea of enlightened universalism. Thus our oiks masquerade as–and may even believe themselves to be–superpatriots, more loyal to American principles than the vast majority of Americans, whom they denounce as “un-American” for feeling an attachment to their actual country as opposed to a collection of abstractions.

For all of you breathless as you wait for me to finish my magnum opus, A Genealogy of Left Dhimmi Fascism, which includes three chapters of special interest here, Oikos I, Oikos II, and Oikos III, you will be pleased to know that they are written and are awaiting the completion of the final chapter of this work, chapter seven, Gnosis, now in the middle of section II of three, before I leave this wonderful nation of Canada for some place to sit to type and revise said opus. Oikos is coming.

Now, don't you go waiting for the movie. You know it's not going to be as good as the book.
Posted by Dag at 10:11 PM No comments: Links to this post

The law prof. says: "For the first time in my adult life, I am really worried." 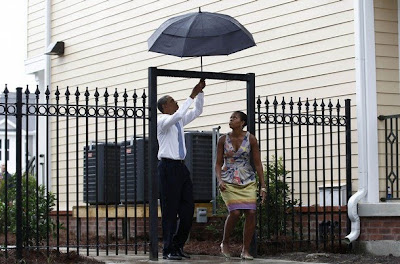 Posted by Dag at 8:53 PM No comments: Links to this post