You are the Good

Two hundred years ago a tyrant bestrode the world, trampling nations and cultures and peoples, crushing them and destroying and killing on a massive scale unseen before in the world. If this Colossus had been a better man than Napoleon, perhaps we might not be so sickened by his works. But who other than a monster would act in such a way? What man of faith could walk on the earth and look down at a bleeding world beneath him and think, "This is the Good." 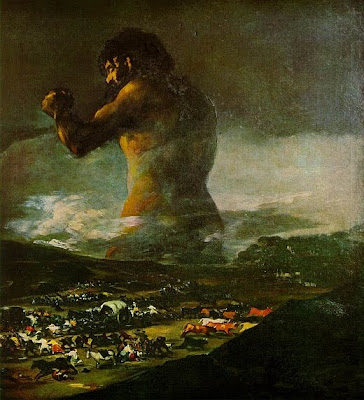 Today we do not live in a world being smashed and ruined by a Colossus. Our world is hurt by a flea carrying Plague. This ghost of a flea is not Napoleonic, it is the ghost of Mohammed, the plague of Islam; the carrier rats: our own people. 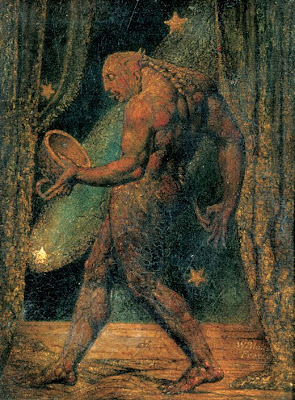 The mental sickness that is Islam has ebbed and flowed for nearly 1,400 years in the world, and like the terrible disease it is, it warps and kills, not like a colossus on the rampage but like a plague that sickens the whole of the people and destroys them inside out. Ah, but this is to ignore its Colossus manifestations. There is that too, and too often. But today, in our world, Islam is a flea, poisonous and deadly and spreading with the help of rat-people. I refer, of course, to our own Left dhimmi fascists, our intelligentsia, our common fellow citizens who allow the spread of the disease of Islam and the rat-ruin of flagellants.

It is a time for cleansing.

Trampling the world and destroying our enemies. What kind of men would do such a thing?

Men such as you, we might hope. Go forth, Colossus, and fear no one.

I haven't posted anything here for a while because I'm still working on my book, A Genealogy of Left Dhimmi Fascism, and it's taking up much of my time each evening. The good news is that this work is in seven chapters, and I'm finishing the last of the seventh now. In a week or so I should have it done.

I must note that I write in long-hand on foolscap, that my scribbles are tiny and hard to read, and that I type none to well. I have roughly a thousand pages, therefore, to type and revise and edit till this manuscript is as good as I can make it. In order to have the time and the mental place to do all that I am considering a move to Laos. It's just like being in Canada: a country where I do things and sort of live. There I hope to have more time so I can finish this book and get it out properly in a reasonable time.

There is much to do in writing a book that isn't obvious to the reader at first glance. In my case, I must revise all that I write, and I often do so many times till I'm satisfied that I can't do better. Here I am often sloppy and hasty; my book should be a different kind of effort. Thus, as I put more effort into finishing this last chapter and consider how to compose the conclusion I haven't been blogging as much a I would otherwise have done in this especially interesting period. Please bear with me and I will pick up my pace and continue our conversations as soon as possible.

Nothing to do with Islam

http://www.youtube.com/watch?v=QUhUAa3y4rE
Posted by Dag at 11:30 PM No comments: