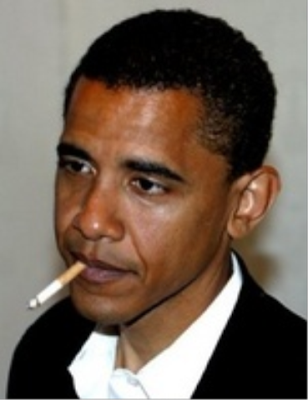 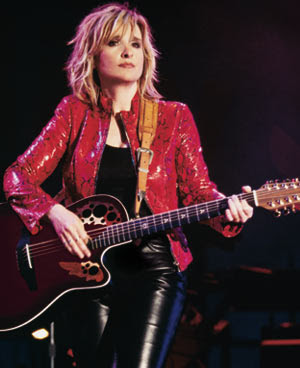 Might as well get up and dance.
Posted by Dag at 12:30 AM 2 comments: Links to this post

Eugenics as a Socialist Project

The following feature from the National Post covers one of the main themes of this blog so nicely that I run it in full and hope it spreads to every mind on Earth, it being an excellent summary of eugenics and a great piece on socialists in general. Socialists: I call them Death Hippies for a number of reasons, and this piece will shed more light on at least one reason:

An exhibition of the history of those scientific ideas that gave a grimy intellectual veneer to the Nazi genocide opens this week at the Canadian War Museum in Ottawa. The collection centres on eugenics, the notion that humanity can be improved and perfected by selective breeding and the elimination of individuals and groups considered to be undesirable. Entitled Deadly Medicine: Creating the Master Race, it reveals how it was not thoughtless right-wing thugs as much as writers and scientists, the intellectual elite, who led the movement.

The exhibit is important, accurate but, regrettably, long overdue. It also fails to stress just how much the socialist left initiated and supported the eugenics campaign, not only in Germany but in Britain, the U.S. and the rest of Europe. Playwright George Bernard Shaw, English social democrat leader Sydney Webb and, in Canada, Tommy Douglas were just three influential socialists who called, for example, for the mass sterilization of the handicapped. In his Master's thesis The Problems of the Subnormal Family, the now revered Douglas argued that the mentally and even physically disabled should be sterilized and sent to camps so as not to "infect" the rest of the population.

It is deeply significant that few if any of Douglas's left-wing comrades in this country or internationally were surprised or offended by his proposals. Indeed the early fascism of 1920s Italy, while unsavoury and dictatorial, had little connection with social engineering and eugenics. The latter German version of fascism was influenced not by ultra conservatism in southern Europe but, as is made clear in the writings of the Nazi ideologues, by the Marxist left.

The most vociferous and outspoken of the social eugenicists was the novelist HG Wells, author of The Time Machine, The War of the Worlds and The Invisible Man. He argued in best-selling books such as Anticipations and A Modern Utopia that the world would collapse and from this collapse a new order should and would emerge.

"People throughout the world whose minds were adapted to the big-scale conditions of the new time. A naturally and informally organised educated class, an unprecedented sort of people." A strict social order would be formed. At the bottom of it were the base. These were "people who had given evidence of a strong anti-social disposition", including "the black, the brown, the swarthy, the yellow." Christians would also "have to go" as well as the handicapped. Wells devoted entire pamphlets to the need of "preventing the birth, preventing the procreation or preventing the existence" of the mentally and physically handicapped. "This thing, this euthanasia of the weak and the sensual is possible. I have little or no doubt that in the future it will be planned and achieved."

The people of Africa and Asia, he said, simply could never find a place in a modern world controlled by science. Better to do away with the lot. "I take it they will have to go" he said of them. Marriage as it is known would have to end but couples could form mutually agreed unions. They would list their "desires, diseases, needs" on little cards and a central authority would decide who was fitted for whom.

Population would be rigidly controlled, with forced abortion for those who were not of the right class and race. Religion would be banned, children would be raised in communes and all would be well. The old and the ill would, naturally, have to be done away with and doctors would be given the authority to decide who had a right to live, who had a duty to die.

In the United States socialist writer Margaret Sanger, the founder of Planned Parenthood and the mother of the abortion movement, called for a radical eugenics approach as early as the first years of the 20th century. She wrote of the need for "a stern and rigid policy of sterilization and segregation to that grade of population whose progeny is already tainted or whose inheritance is such that objectionable traits may be transmitted to offspring. It is a vicious cycle; ignorance breeds poverty and poverty breeds ignorance. There is only one cure for both, and that is to stop breeding these things. Stop bringing to birth children whose inheritance cannot be one of health or intelligence. Stop bringing into the world children whose parents cannot provide for them. Herein lies the key of civilization."

The key of civilization. Unlocking the doors of a hell once unimaginable but now, after the Holocaust, the Ukrainian genocide, Pol Pot and Mao's mass slaughter, entirely within the grasp of contemporary sensibilities. History is often clouded by fashion and the whims of the victorious. Because some of the most pernicious intellectual criminals of the past century wore red they have escaped condemnation. It is time for the clouds to clear and the fashions to change.

— Broadcaster Coren's biography of HG Wells was described by The New Yorker as "superb" and The Times as "outstanding."

I'm busy writing my response to the question, "What is fascism?" This is one part of one aspect of the answer. Of course many people won't like it, the look at what fascism is, what socialism is. It challenges conventional wisdom. The truth about socialism will destroy careers. It will ruin reputations and it'll ruin lives. Such is life. Truth hurts sometimes. I don't like it fairly often. Nothing to do but struggle on and hope, maybe thanking the gods for a bit of insight, and perhaps feeling some gratitude that one can know rather than live in ignorance or self-induced stupidity forever. I hope I live for a thousand years so I can learn enough to be a decent person. It'll probably take at least that long even though I try hard to do better. Those who resist can likely hold out for many thousands of years. There ain't so much time. Get what we can and hope, I say.

Posted by Dag at 11:17 PM No comments: Links to this post

Thanks to CGW: Milking the System

A long while ago Truepeers asked me to define "fascism." I use the term too often, it seem, without defining what I mean by it. I went to the library with Charles and got loads of books, and I've gone through my own books, and I've got more books since, all in the effort to define the term properly, according to my abilities. I'm not done yet, though I've got roughly 100 pages of cramped long-hand per page, none of that wasted space with margins and such. I'm still at it. Will post more regularly once I finish. Meanwhile, here's all about cows, thanks to CGW.

You have two cows.
Your neighbor has none.
You feel guilty for being successful.
Barbra Streisand sings for you.

You have two cows.
Your neighbor has none.
So?

You have two cows.
The government takes one and gives it to your neighbor.
You form a cooperative to tell him how to manage his cow.

You have two cows.
The government seizes both and provides you with milk.
You wait in line for hours to get it.
It is expensive and sour.

You have two cows.
You sell one, buy a bull, and build a herd of cows.

You have two cows.
Under the new farm program the government pays you to shoot one,
milk the other, and then pours the milk down the drain.

You have two cows.
You sell one, lease it back to yourself and do an IPO on the 2nd one.
You force the two cows to produce the milk of four cows. You are surprised
when one cow drops dead. You spin an announcement to the analysts stating
you have downsized and are reducing expenses.
Your stock goes up.

You have two cows.
You go on strike because you want three cows.
You go to lunch and drink wine.
Life is good.

You have two cows.
You redesign them so they are one-tenth the size of an ordinary cow and
produce twenty times the milk.
They learn to travel on unbelievably crowded trains.
Most are at the top of their class at cow school.

You have two cows.
You engineer them so they are all blond, drink lots of beer, give excellent
quality milk, and run a hundred miles an hour.
Unfortunately they also demand 13 weeks of vacation per year.

You have two cows but you don't know where they are.
While ambling around, you see a beautiful woman.
You break for lunch.
Life is good.

You have all the cows in Afghanistan, which are two.
You don't milk them because you cannot touch any creature's private
parts.
You get a $40 million grant from the US government to find alternatives to
milk production but use the money to buy weapons.

You have two cows.
They go into hiding.
They send radio tapes of their mooing.

You have two bulls.
Employees are regularly maimed and killed attempting to milk them.

You have one cow.
The cow has split-personality disorder.
Sometimes the cow thinks he's French, other times he's Flemish.
The Flemish cow won't share with the French cow.
The French cow wants control of the Flemish cow's milk.
The cow asks permission to be cut in half.
The cow dies happy.

You have millions of cows.
They make real California cheese.
Only five speak English.
Most are il legals.
Arnold likes the ones with the big udders