Breivik in the Key of Mystik

After 20 years of boredom trying to change the system from within, there was a change of tactics, attacking the German-Arab friendship society, for fun and profit, at the behest of Syria; then there was bombing in Olso and shooting little neo-Hitler Youths on the outer island. I'm guided by a signal in the heavens. I'm guided by a birthmark on my skin. I'm guided by the beauty of our weapons. I don't like your fashion business, mister.

I'm coming to reward them.

First we take steriods. Then we take Berlin.

http://www.youtube.com/watch?v=KnsB6VBznBA&NR=1
Posted by Dag at 1:14 PM 2 comments: Links to this post

Three Reasons to Move to Sacramento

If you go soon to Sacramento the chances are good that at least for a while you will never run into the three charmers featured below: they are in jail. Why? Well, let's find out. 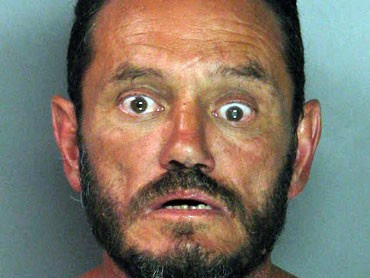 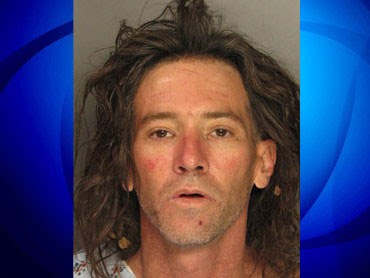 Steven Joerger allegedly beat his mother and set her home on fire.

Justin Beiber's dream. "You smile, I smile." (This song is by a boy. Who'd have known?) 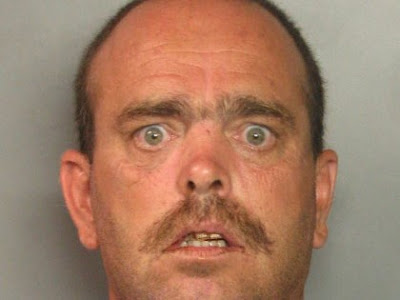 John Thomas, a registered sex offender, has been arrested for allegedly soliciting a 14-year-old boy for sex.

Yup, Sacramento is looking pretty good. If they can scoop up a few thousand more, more or less, it might be worth looking into.
Posted by Dag at 10:04 PM No comments: Links to this post

In looking at Breivik's massacre of Norway's next generation of neo-fascists we might think of Breivik acting along the lines of Algerians in the 1950s, though Breivik acted alone and without support of an occupied nation. His reasoning is, in many ways, similar to that of the Algerian resistance. That kind of thinking is not limited to Algeria. It is the "politics of confrontation" that we have read about many times: to create conditions of intolerable repression to force the people to decide an activist position, for or against, and whatever the cause du jour. In Algeria in the 1950s, the cause was anti-colonialism. The cause was no more interesting than any other. It was, essentially, not "a cause" so much as most conflicts between people: it was "because." Breivik got it. He would have killed people no matter what. If anything about this is interesting it is the how, not the why. How did Breivik come to do this?

"The elections of 1948 were faked; so were those of 1951. In such circumstances, the moderates had no effective role to play. The men of violence moved forward." Paul Johnson, Modern Times. (New York: Harper Perennial; p. 496.)

Breivik, according to me, found an opportunity in Norway, and took it. Whether one can rightly claim that Norway's electoral system is corrupt is questionable on its face. The nation has free and fair elections among a brain-washed and cowed population sated with consumerism and nihilist poligion. Norwegians are often enraged about "ideas" such as Israel's existence because too often Norwegians have no personal emotions to actually feel in the real world, requiring sentimentality and false rage to have any feelings at all. But the elections are, more or less, what we have to conclude as free. Soft totalitarianism works just fine for a nation of idiots drunk, on dope, and sated by food and sex. Toss them some meaningful political religion, and life is wonderful. The people vote for more of the same. No force required. Breivik wasn't buying it. He was not that kind of nihilist.

Breivik, as I understand him, was interested in a politics of confrontation. In Algeria, the French provided it to the locals by bombing villages and slaughtering civilians in a rage of their own. It's not just massacres that motivate, though. If the state starts banning those who discuss the same things Breivik discussed, and if the state follows the fascist Left and bans what we think of as free speech, there will be a reaction that is little to do with speech at all. If Breivik's incident causes the Left to repress opposition to its "hate speech" codes, there will be less jaw-jaw, as Churchill puts it.

At the Belmont Club, Wretchard writes in the commnents:

If the line cannot be held here and we go on to ban more “cartoons” and more types of speech the chances are not that more Breivik-like behavior will be prevented but that in the end you will have nothing left but Breivik-like behavior. If we get there then everything runs under those rules, discussions stops and everything reopens again under the management of the Last Man Standing. But if we don’t want to go there, then now’s the time not for suppression, but debate.

So far there is still some openness to discussion, though the Left fascists are seemingly happy to put a stop to as much as they can, if we look to the treatment Robert Spencer, for example, is receiving from them. The French in Algeria missed that intermediate step.

The effect in the longer term was the radicalisation of the natives, fairly, in my opinion. But there were Breiviks among them who no doubt would have found some cause to join whether the French ruled Algeria by force or not. Johnson points out that the Algerian resistance wasn't concerned to defeat the French military; the point of the resistance was to divide the people between collaborators and resistance. "The aim was to destroy the concept of assimilation and multi-racialism by eliminating the moderates on both sides." (Ibid. p. 497.)

The effect of terror is to sharpen the divisions: Ben Bella writes, "Liquidate all personalities who want to play the role of interlocuteur valable." (Ibid. p.497.)

Breivik, and again I speculate, shot children to death because he knows that most Norwegian couples have roughly one child. Many of these couples will now be past the age of reproduction. They are finished. They will not be replicated by their diminishing lot of babies. But more, Breivik, I think, determined to demoralise the survivors as well. Who among the survivors, direct or not, will now flock to the neo-fascist flag after knowing the potential result of it? Many might well reconsider a career as a Norwegian government apparatchik. Some might even question the whole parental world view that lead a man to act against it so vividly. Breivik has taken the fun out of being a sanctimonious Norwegian fascist. For some, at least.

"But it was the Muslim men of peace the FLN [Algerian Communists] really hated. In the first two and a half years of war, they murdered only 1,035 Europeans but 6, 352 Arabs (authenticated cases; the real figure was nearer to 20,000.) by this point the moderates could only survive by becoming killers themselves or going into exile." (Ibid. p. 498.)

Breivik is said to have desired a co-operation between such as himself and jihadis. It's sensible in that light: that like the Algerians and the French there will be only two options: French or Algerians. If the Algerians could murder enough Algerians, Algerians would either opt for collaborating with the French or they'd try to save themselves by joining the Algerian resistance. One assumes that Breivik sees himself as the (Modernist) Algerian in struggle with the (Muslim) French. Make French retaliation against the people so severe, and cowardice so fatal, that the people will choose one kind of death over another and hope they might somehow survive. If Breivik could join with the jihadis, he would have his other half the the confrontational dialectic needed to play this game. You can't have a war if no one is willing to fight.

The point, which Breivik seems to have grasped, is to kill the moderates so the survivors will see open conflict as a viable option. Compromisers are dangerous. They have to be, in the understanding of Breivik, the first to die to stir up a war I am sure he sees not only as inevitable but as right and good. He's just one man, now in prison and incommunicado. We won't be finding out much more about his ideas from him for a number of years at best. The question now is whether the fascist Left will play his game and repress any opposition, thereby further radicalising the people against the fascists. Less jaw-jaw, more war-war. We'll have to see how stupid and self-satisfied the Left is. Will they stomp on the opposition? I suspect so. Breivik will have the last laugh.

I'm not taking any chances. This guy might actually show up north of the border even if Palin doesn't "allegedly" become our president.

In a recent interview with CNN’s Piers Morgan, Lopez said he would retreat to Canada if Palin takes over the Oval Office. ...

Too scary for this guy. I'm going south asap.
Posted by Dag at 3:43 PM 8 comments: Links to this post

WHAT PILOTS SEE WHEN LANDING AT OFFUTT AIR FORCE BASE.

This is just south of us on Hwy 75 south. A farmer does it with his tractor and not sure if he uses a plow or a disc He uses GPS to get the letters readable. He has done this every fall for several years now. 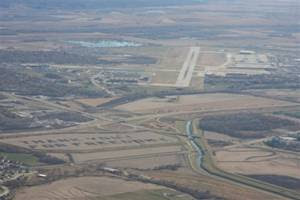 Here's the view from the flight pattern into OFFUTT AIR FORCE BASE ( Bellevue , NE., just south of Omaha ). This is what our servicemen see when landing at Offutt AFB. Hat tip to the Bellevue farmer who made it happen! 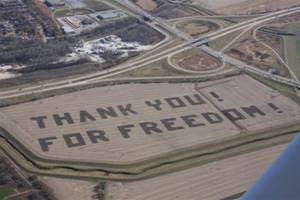 It's a matter of a few short weeks now till the tenth anniversary of 9-11, and we know now, after the Breivik affair, that there can be loners "out there" who are silently simmering and plotting some strange and daring deed of high revenge on their enemies.

My memories of 9-11 are as vivid now as they would be if it had been this morning that Muslims savages attacked us. Now, though, I am aware of the why. I think others too are aware, and I wonder, will they, could they, must they too, like Breivik, turn inward and destroy when the hour comes round at last for some rough beast to slouch foward? I would not be surprised if, only if not, some daemonic force rises from obscurity and unleashes fire and hell on the forces of those who force us to do our deeds against the savages of Islam. Ideally, our military will be that obscure force to invade Mecca and destroy the nation and its defenders to a man.

I think that is more likely than that some home-grown Breivik will rise from the mists of mourning to random slaughter. That's what I think, and I wish them well.
Posted by Dag at 11:23 PM 1 comment: Links to this post

The Left goes completely stupid driven by its hatreds

Why we calls 'em "leftards."

Fjordman is no longer anonymus, but is Anders Behring Breivik who is seem responsible for the Oslo bombing and has committed the Utøya murders of 22nd July 2011. In this hindsight the content of this page should be seriously reconsidered. Below is the original Wikipedia text from before this tragic event.

Update: the paragraph above, which was at the top of the wikipedia entry, is gone, mere moments after I posted it here.