When a cowboy shoots his horse

The things I didn't know as a boy! The things I could never have imagined or understood had I been told. I do love ageing, over time by the day and the hour and the minute unfolding in horror and pain as I learn about this brutal and cruel life. This is not what I expected when I was aware enough to formulate an idea of my expectations, like three or four or so, when I assumed that I would be a cowboy. Being a grown man; being a cowboy: being one and the same. I didn't understand then, and can only look on in misery today as I see a generation of young men shooting their horses.

Ya wonder why cowboys drink?

I had to shoot my dog when I was a boy. Back then I didn't know that men hurt just as badly as boys. You'd never see it show. And who would ever look? As a boy I didn't know that a man who had to shoot his horse would crumble inside and still not shed a tear in the public world of men. It's a terrible thing to see a man having to shoot his horse. But there are things far worse.

I saw last evening a generation of young men who shot their horses, young men who didn't even blink. I had to turn away and hide my face from the crowd.

I've killed things small and middlin' and big, and things and other things. Some of that killing shames me. I sit sometimes with old men who whisper that they've shot their horses, and I see them drift away into terrible memories hardly mellowed by the decades, sometimes tears welling up in their eyes, me heading off to get coffee or to look at something over there for a minute. It's a hard thing to see a man hanging up his saddle, knowing he'll never ride again. That time will come for me too if I don't die first. I've had to shoot my horses a few times in this bitter life. But I dragged my saddle onward and continued-- till now, at least.

I see men who have never reflexively shot a low-lying snake, never inveigled a cut-throat trout from a rapid river, never felled a wary beast by stealth. I see men who've never lied to a woman because they're too busy being honest about themselves, who can't sit for a time with woman-herself. Men who wantonly shot their horses.

I have met and known myriad good men who have never been cowboys. I've known good men who never held a horse or sat in a saddle. Those are men strong, brave, proud, and true. I am blessed in this life. But now I look on those men and see that I could, at this time, hang my saddle on the wall and sit with men who've never ridden the ragged canyons, the wild plains, and the snowy peaks. These are good men, and I might sit with them and gaze melancholy at my hanging, my oiled saddle, my shiny boots, my clean pants and dry shirt, my spotless hat, my rifle buried in a closet with my spurs in a saddlebag under an old worn-out blanket, the smell of which makes me tremble. I could sit with old men awaiting my turn at boccie. Some good men. But boccie boys? They shot their horses in the corral. The stench staggers me. The sight makes me gag. The knowing of it nearly brings me to my knees. I see boys who shot their horses, pot-bellied boys who prance and lisp, who wag their butts and giggle at sullen, clownish girls. I hear the crack of revolvers in the night, the shrieks of dying horses, their high agonies of betrayal piercing the dark and empty skies.

Yea, though I ride through the labyrinthine valley under a shadow of death, I will shun no grief: for my horse art with me; my saddle and reins they comfort me. There is preparest a rocky mesa before me in the presence of mine enemies: they anointest my eyes and my face with blood; my cracked lips runneth over. Surely goodness and mercy shall follow me all the days of my life: and I will dwell in the land of hardship for ever.
Posted by Dag at 3:26 PM No comments:

Wake up to the World Smiling

A brand new day, and a whole new world to live in.

I write so easily "Good morning to you," and by that I mean good morning to you who are the sort and type of person I would like to be a friend of: a kind, sensible, decent, more or less normal person like the friends I have; but that above cheery good morning is a difficult piece of unstylish prose hovering over our casual conversation here like a cold, dirty-grey storm cloud. Dear reader, I say that you must share this fair greeting with some we might not find so fine as you. I say this: that I say good morning to not just you, but to psycho-killer mad-men too. Because...

We in the happy realms of Modernity live lives of quiet delight! Me, by the gods, I live like a prince; and a comfortable prince at that. I live in a world of ease and splendour unknown to such as me in times previous to my parents. I got it made in the world. In this, the Modern world, I got it made here. I'm lmost laughing. But. But. Sputter-but. Somehow, in spite of it all, it just ain't right for me. I'm not exactly so happy with it. There's something big wrong in all this big right. I wake up in the morning, do all the right things, and still a psycho killer's somewhere lurking nearly; and then I have breakfast like a prince as I look over the jihadi news and usual atrocities of our intelligentsia. It's not right. The news of our Modernity scrambles my eggs; it burns my toast to see. Qu'est-ce que c'est?

I live in a world of magnificence beyond the dreams of kings of yore. I do pretty fine. Believe me, I don't do very well in comparison to most people in our Modern world, I just manage nicely in spite of it all, far better, in fact, than most who do far better than I. OK, I do rather well. I seldom smile because it frightens people to see me so.

Funny, (though it makes me smile,) to see angry people hate our Modernity. So I say, "Good morning, psycho-killer." Qu'est-ce que c'est?

We share the world with others, some not so psycho killer mad-man good. Some people are really bad. And in this Modern world of ours, who can understand that some are not so good as you? That some are psycho killers who don't suffer any more than I? That some living far better than I do so much hate our world? It does not make me angry, dear reader. It makes me grin. Psycho killers? Maybe not always so bad.

Easy, and unbelievably so even for a man living at the bottom of the Modern world like I do, as is life in our hared Modernity, things aren't right at all: some of our most "successful" people are barking loony, and they are a serious threat to the lives of many of us on a daily basis. They stoke the fires of jihad. Such calls into question our normal decency to the point that I stand here sitting at my desk praising the insanity of psycho killers. Not so good, is it?

The Wrath of God

The sadism of the intellectual is comedy per se, and all else is an alienation that vitiates. Over-laying the comedy with a veneer of the tragic is alienating of the Truth and Beauty of the drama of Life. It is what it is, and to play a role as if, that is to mar the Art.

Cruelty as Art is as esse. Cruelty is. For the intellectual, cruelty is theatre, high and refined, public, and intensely self-aware. Theatre of Terror is for the intellectual a matter of acute reciprocity, a matter of acute acknowledgement of the other and acknowledgement of other's awareness of self and others. It's all in the intensity of the awareness of all players' in the act that makes it special and True, and Beautiful.

That all know and know of the knowledge of all knowing, that is the Art of this comedy.

No hiding: that one knows the depths of ones knowledge of Cruelty; that others know of the knowledge of it and of their terror; that all know of the purpose of the act as comedy; that this comedy be public.

Here it is, then, plain as I can make it. 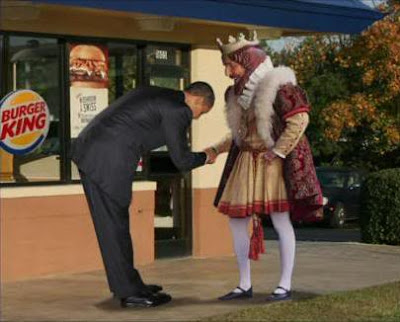 Jihad: I want to paint it black.

I'll go to my grave with images of the World Trade Center towers exploding and burning and billowing, people jumping to their deaths, the buildings themselves collapsing into burning ruin. I'll go to my death thinking about those people murdered. I'll go to my death laughing if I see those responsible for such a monstrous mayhem paid back a bit. And I'll be collapsing from laughter unto death if I can help the scene a little myself, grinding a bit of jihadi-world to dirty dust, the bastards. When I see Islam in its manifold evil I get sick that I ain't destroying it on the spot, a black spot on the muddy ground. When I see a mosque door, I want to paint it black.

I want to paint it black.

Folks like me? Ya see, we got a sense of humour. Muslims painted it black.