From those lovely people who brought you the Beslan Murders, it's Kazkav on the Jooos.

Courageous Mujahideen armed with heavy weapons and explosives have terminated seven illegal criminal jews and wounded dozens in a series of attacks in jew-occupied Palestine, according to reports by jews who always diminish their their real fatalities and casualties under their brutal Zio censorship.

The attacks began around midday on Thursday and lasted for about three hours, news agencies reported.

The Zio thugs claimed martyring several Mujahideen fighters in a gunbattle. The jews always lie, exaggerating the number of their martyred enemies.

The attacks, which came close together in time and location, appeared coordinated, and represented one of the boldest strikes in years against the illegal jew entity in single and indivisible Palestine.

The series of the attacks began when the Mujahideen targeted a packed jew terrorist bus driving along a highway roughly 20km north of the Red Sea Palestinian town of Umm Rashrash.

Reports said most of the passengers on the bus were jew terrorists, so-called "soldiers", on their way home from their respective terrorist bases for the weekend.

The next attack came about half an hour later, when the glorious Mujahideen opened fire on a private illegal jew car several miles away, the Associated Press reported.

Jew radio said a vehicle had followed the Zio terrorist bus, and two to three Mujahideen got out and opened fire with automatic weapons.

The attackers fired mortars and an anti-tank missile, the enemy radio continued.

After that, an explosive device was detonated under the vehicle of a terrorist jew "military patrol" called to the scene, and a private illegal jew car was also attacked.

The cowardly jews said a "large number'' of the Mujahideen were working in multiple squads, but it gave no specifics, according to AP.

Ahmad Yousef, a senior Hamas leader in Gaza, denied the group's responsibility for the Umm Rashrash attacks, though he said Hamas "praises the attack since it attacked enemy soldiers and came in the right time while the illegal Zio entity is attacking Gaza almost every day".

"Since the whole political process is frozen, military escalation is the logical development," Mr. Yousef replied to the threats of jew thugs against Gaza.

Jew-occupied Umm Rashrash, is "a tactical choice for attacks because the resistance groups look for suitable places and times for their attacks," he told Al Jazeera, on why south-eastern Palestine may have been the target.

I don't think that needs further comment from me.
Posted by Dag at 7:22 AM 2 comments:

I've been writing this slogan for years: "School teachers with guns." I mean it to be a way of protecting children from their Muslim parents and villagers who will kill children who opt out of Islam to become fuller human beings. There is up-coming a movie, Machine Gun Preacher. The trailer is incredible. 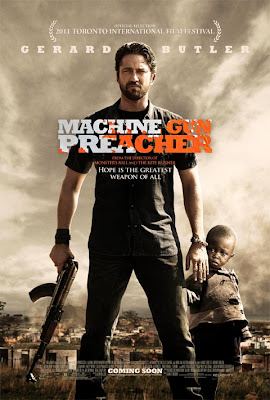 Maybe I'll see you there.

The Toronto Sun reports that David Letterman is under the al Qaeda gun for joking about a dead jihadi. 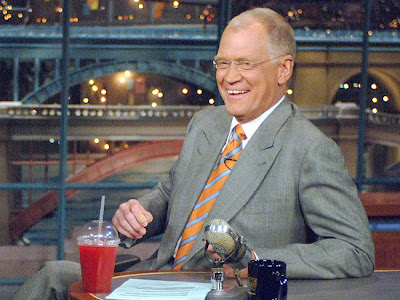 The SITE intelligence group said the death threat was posted on an online website used by militants after the writer became upset by a joke Letterman made about the death of a leading member of al-Qaida killed in an air strike in Pakistan.

The militant called on Muslims in the United States to “cut the tongue of this lowly Jew and shut it forever,” the threat against Letterman said, according to a translation by SITE. The popular late-night television host is not Jewish.

The FBI said it was taking the threat seriously.

I'm taking this story seriously as well. I think cutting out Letterman's tongue is silly. I think the jihadis should take Letterman under the bleachers in the seventh inning and rape him. That would be funny.

Letterman quipped that he's hoping to give his tongue at the Kabul Soccer Stadium. He didn't say whether that would be under the bleachers or in full view of the audience. It should make for some entertaining late night tv watching.

This is a must see video, I think. [Thanks to cgw.] It's one of those examples of "can-do."

She is not “normal”. She may embody a lot of what is fractious, dumb, ignorant, racist, lazy, greedy, vicious and hypocritical with a capital H in this country. She has fooled many of the people who are “just like her”. What planet did you drop in from? She is not “ordinary” like you or me, unless you embody those adjectives listed above. She is not hated for being a small town “good” American. She is as far from good as the earth is to infinity in space. You need to take off your blinders and join reality. BTW: america is no conglomeration of good ole “ordinary” people in small towns. This country has the highest rate of psychopath’s in the world. Do your research! Its social ills reek with bureaucratic quadruples of agencies to deal with those social ills. It is founded upon racism and rabid religiosity that condemns any not of its ilk. Did you forget your own history? Burning witches! Hanging blacks well into the 20th century. Stealing them from their own continent and making them slaves! Not to mention this country’s original THEFT and the criminal Genocide of millions of “American” Indians. The land is still stolen and the Indians are still on reservations where conditions exist that you obviously know nothing about in your cozy little surreal world. Why do you have so many homeless in this land of plenty!? Why are drugs destroying the fabric of your families and has created corrupted agencies within your government to deal with your massive massive drug problems!? I ask again what planet did you arrive from!? One sarah palin has divided this already divided country even more with her hysterical rantings on patriotism, military, and her effing hypocritical so called christianity(when did anyone see her going to church lately except to be prayed over by a “witch doctor”(self described) from Africa!! You obviously have your head buried in a bucket of mud. She is ZILTCH in “america’s” ALASKA. Get a grip. There is so much badness in that woman who calls herself a human than you will ever be able to comprehend. SELF SELF SELF AND MORE SELF IS WHAT SHE IS ABOUT. You are nothing to her but someone to step on/over on her way to NARCISSISTIC GRANDIOSE SELF GRATIFICATION, POWER AND CONTROL. Welcome to her world you fool.

(Up-date): Look at this link to see the difference between a careful thinker who does his homework and the hysteric above. The link is to a c. 20,000 word critique of Rick Perry. It is the difference between sanity and insanity. Well worth the effort and time to see clearly just how good some work is and how sickening it has to be insane. http://peskytruth.wordpress.com/2011/07/19/rick-perrys-negatives/

That's how one should critique a political figure. Fine work.

Slogan of the Century

Prior to Obama's inauguration, a friend predicted that Obama will be the first U.S. president to commit suicide in office. My friend argued that Obama is such a raging egoist that when he demonstrably failed in front of the world as president and, to my mind, as a normal and decent human being, he would turn to his own murder rather than face the public humiliation. Today I saw a comment that I must include here, one of brilliance and beauty, if not charm itself: