Obama hands over Presidency to-- 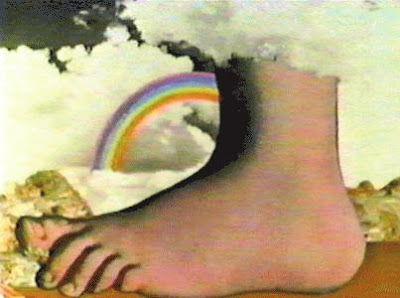 And now for something completely... Clinton!?

This is so funny I can't stop laughing. Maybe not our first worst president, but certainly our worst worst president. Obama just handed the job of President of the United States of America to Bill Clinton. Well, why not, Clinton has more experience at it, and Obama had to nog with his sleeveless wife. But still....
Posted by Dag at 11:43 PM 4 comments: Links to this post

Labels: and now for something completely different, monty python, obama walks off the job

Wheels: Life on a Roll

Vegetables don't go very far from home, trees rooting and branching, and that becomes the game over. Some creeper vines move a bit, but not so much over-all. For the vegetable kingdom, life is where they find it. Not so much so with the fish world, most water creatures being mobile, a few things remaining anchored to one place waiting for the world to come to them. Birds, lizards, middling things move. Animals move. Man moves a lot. Man covers nearly all places on Earth, which perhaps only microscopic things do as well; but man moves because he can imagine, and it prompts him to move often times for no other reason than simple, impulsive curiosity and a sense of adventure.

Man, too, is compelled in his movements to take with him things not of his own self, unlike most creatures. It would be a rare sight to see a group of naked people wandering far from home. To carry what the person and people need to move and survive, they, we, carry things. We are our own transportation at worst and least. One might assume that the first form of transportation other than packing things of ones own back was the pack animal that is another man. If a man can use less than too much of his own energy to make another man use his energy for the sake of the stronger, the stronger has all his left-over energy-- and whatever he can squeeze from his slave. It might be less than ideal, but it's probably likely that the strong did the least while the weak did the most. But there is curiosity and ambition. It makes a strong man want more. Maybe he wanted more slaves to take him in greater ease to explore farther than ever. Or maybe he put his slaves to use to make better transportation. Man is not content to be still.

To move far, move fast, and to efficiently carry what we might need and retrieve what we might get in our travels, one of the earliest forms of transportation other than walking and carrying ourselves was the waterways, and rafts. Even such a mechanical retard as I can easily intuit a raft from mere observation of water and land. Using ropes and poles, one can master a river with relative ease. It beats walking, and man is prone to labour saving. Man is even prone to saving the labour of slaves if that energy can be put to more efficient use elsewhere.

Raft-builder slaves and bargemen make better slaves than those who walk, I would assume. One gets a better return for the slave labour energy put out, which costs in food, if nothing else. If slaves are scarce or hard or costly to replace, the incentive to make things easier for them is compelling. I think we're talking water-ways here. 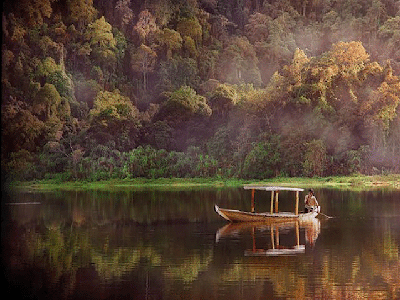 It's easier and safer to tame a river than to tame a horse. River transportation must have come long before domesticated horses began the long haul they are made for now. Domesticated horses might have a long period with man before they were ridden or packed, but in such a case they must have been livestock meant for eating. Transportation horses must come later, c. 4,000 years ago. Or more.

[T]he evidence is extremely persuasive that these steppe horses of 2100-1700 BCE were domesticated. Shortly after the period of these burials, the expansion of the domestic horse throughout Europe was little short of explosive. In the space of possibly 500 years, there is evidence of horse-drawn chariots in Greece, Egypt, and Mesopotamia. By another 500 years, the horse-drawn chariot had spread to China.


So I got thinking about the wheel. I look at this and see the wheel precedes the domesticated horse. I edited this piece below severely for length:

The oldest wheel known to-date was found in Mesopotamia and is believed to be over 5,500 years old.

Development of a Functional Wheel

Humans realized that heavy objects could be moved easier if something round, for example a fallen tree log, was placed under it and the object rolled over it.

They also realized that to move heavy objects one can use a sledge. Logs or sticks placed under an object drag the heavy object more easily. Then came the use of round logs and sledge together, using several logs or rollers in a row, dragging the sledge over one roller to the next. Then, a primitive axle. With time the sledges started to wear grooves into the rollers and humans noticed that the grooved rollers actually worked better, carrying the object further. If the grooves had a smaller circumference than the unworn parts of the roller, then dragging the sledge in the grooves required less energy to create a turning motion but created a greater distance covered when the larger part of the log roller turned. Cutting away the wood between the two inner grooves creates an axle.

The wheel works well for us in the modern world, and we would likely die en masse without it today. But fewer than a mere 250 years ago, aside from mill stones and such, pottery wheels, and so on, there can't have been a great deal of use for wheels. Wheels are useless in a forest, in a swamp, jungle, mountains, deserts, and so on. One needs roads or paths of some solid kind to make the use of wheels work. Most places to this day do not support the use of wheeled traffic. Without wheels, most places are either mostly inaccessible or very difficult to get to, i.e. probably not worth the effort without some other, easier form of transportation than wheeled. Lacking that some other easier mode of transportation, one can assume that most people did as little travelling by choice as necessary. 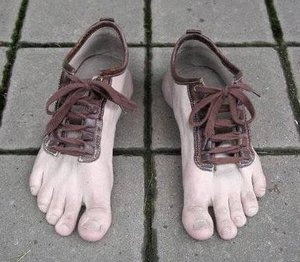 Some people will walk, no matter. And there are boats and animals. But give a man wheels and a way, and away he goes.

Even for those to whom comfort is not essential for travelling, the Via Dolorosa lives up to its name. As far as Roman roads go, it's in fair good shape. For a man in fair good shape, a twenty mile ride in a cart over that would be a long stretch. Anything fragile in a cart, not to mention the cart itself, would soon enough be broken on those wheels. Mass transit? Maybe if people were outrunning the Four Horsemen of the Apocalypse. Otherwise, transportation would be mostly restricted to soldiers and merchants and the merely curious, maybe including the motivated pilgrim who had suffering on the agenda in the first place. As recreation or as aesthetic experience travel is unlikely for most but the richest who could afford the Grand Tour in the height of Romantic style, for what it was worth. Travel would be for the common man a matter of need, and dire need at that, driven to the road in the hope of food in times of famine, safety from plague, perhaps, or simple exile. Coaches? For the well-to-do. Carts? Few and far between when it is cheaper and easier to walk and carry. Most of history will show that most men were rooted to the ground like trees. Wheels would be unimportant to the majority. If the wheel hadn't been invented till 250 years ago, life would still have been the same for most. Wheels without roads? Kind of pointless. Wheels without solid and flat roads? Terrible and nearly worthless. But wheels attached to fixed axles and travelling on a smooth, hard-surface road? 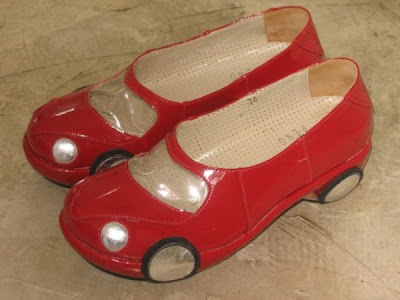 We are talking paradise. Freedom for the man. It's the Modern world. A wheel world in which we are blessed to be able to roll through life laughing all the way, should we so choose.

Remembering our war with Japan

On this anniversary of Pearl Harbour Day I like to think of those who struggled against Japanese fascism long before it became a matter of life and death for our nation, those who flung themselves into the war without prompting and command, without social sanction, without, one might say, need. I think of the Rape of Nanking, and I think of The Flying Tigers.

This day I remember too those who flew into battle early, leading our whole nation by example.

Posted by Dag at 5:07 PM No comments: Links to this post

What could go wrong?

She got a sweater for her birthday, a big Ess embroidered on it. I said, "You must be a supergirl."