Molly Norris is looking for a few good men. Where are they? Hello, Molly. 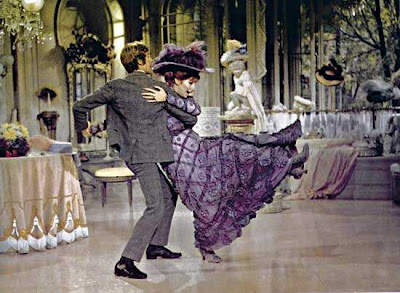 Molly Norris, American girl, cartoonist, nice person, kind of timid even for a girl. Molly Norris is living in fear of Muslims, some of whom, according to the FBI, are hoping to murder her. The FBI thinks Muslims will kill her if they can, and they have gotten her to abandon her life as a Seattle resident and cartoonist at a local newspaper, getting her so scared that she's abandoned her life as it was, and she is now in permanent hiding-- permanent that is till we stop this madness and go on the offensive against such people who would kill this girl because she upset them, so they say. We're talking about a girl who drew cartoons for a tiny paper in Seattle, Washington, a girl now hounded and hunted by Muslims who want to murder her. America. In America a girl has to flee from Muslims. Men, what are you doing? Where is "Seattle's Million Man March in Support of Molly Norris"? Men, where are you? Men! Where are you?

Her work won't be in Seattle Weekly any more, or anywhere else.

The gifted artist is alive and well, thankfully. But on the insistence of top security specialists at the FBI, she is, as they put it, "going ghost": moving, changing her name, and essentially wiping away her identity. She will no longer be publishing cartoons in our paper or in City Arts magazine, where she has been a regular contributor. She is, in effect, being put into a witness-protection program—except, as she notes, without the government picking up the tab. It's all because of the appalling fatwa issued against her this summer, following her infamous "Everybody Draw Mohammed Day" cartoon.

From me, Molly, if just for one night, I am a million men.

My best wishes for you, and we'll have you back where you belong, Molly.

There are any number of people who are totally missing it, the best we have, the simple but profound thing that is being in love with a girl.

There are those who think they're very clever when they parrot pomo nonsense about the social construction of gender and sex, but the fact is that, like Muslims and other primitives, they miss the point of emotionalising nature through Humanness. It ain't just the sex: it's the being together as lovers beyond this world. Without the emotionalising nothing much happens to two people beyond nature taking its toll and bringing both to the grave.

Romantic love, that Medieval conceit so lost to so many, makes it all worth the while, as one can tell even as a child in 1960 listening to boys singing about girls. Long ago, yes, and once there were green fields. For some, they will grow again. For most, those fields will forever be desert and concrete.

Labels: brothers four, once there were green fields

Below is a link to the most famous short essay in economics that most people who know of it have never read: "I, Pencil."