Flag of the Century 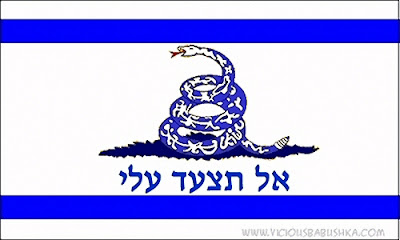 Don't know where to find one, but I'm sure these will be flying all over soon enough.
Posted by Dag at 9:07 AM 3 comments:

A Muslim girl left this comment here recently. I got to thinking about being young and how different it was then for the girls I knew, so unlike the life experience of a Muslim girl.

I’m an ex-Muslim 21 years old girl .. i studied Islamic laws and there is nothing like this in most of our books.. its only mentioned in the big books which are used by Sheiks “very religious people” ordinary people think that Islam is a peaceful religion and thats what’s they been taught!! and when they knew the truth or read something like this.. they disagree with it but afraid to tell .. because anyone who’s against what is right and proved in religion is an infidel and he shall DIE !! Muslims are victims for their own religion :’(

On the other hand there are sick people who are happy with these facts about their religion because it satisfies their sick needs and bloody imaginations.. and these people are only 5% from the 1.5 billion Muslims.. BUT THEY ARE EXTREMELY DANGEROUS.. its not by number.. its by how crazy they are … SO from an EX_MUSLIM who still stuck in her Hijab and afraid to leave her Islamic country because she might get killed for the try .. WATCH OUT PEOPLE >> ISLAM=EVIL…

There's more to life than being married off to your 50 year old uncle just because your parents want to keep their money in the family and don't give a shit about you.

For those Muslims girls who do break free, there is a whole world of men who will stand by and protect you, who will stand with your man who protects you. That's what men do in the real world. That's a world that can be a world for Muslim girls.

In the Sixties we had the Sixties. Today all that's left is Obama. What a shame for those who don't know that it was better than what Obama offers today as then as ersatz time. This is not the Sixties. Obama is not cool.

Young people today are not young. They really have to get back to the Bay.
Posted by Dag at 11:54 PM No comments:

Jihadis are so bad. (Damn)

Right idea, just completely backward. Nonie Darwish writes about a jihadi imam who claims that Muslims should wage jihad to steal and conquer and win. I say, "Yeah, so?" But then, I write that kind of thing often myself, only I say it is up to men of the world to conquer Islam and wipe it out, making a profit along the way. I don't argue we should become thieving scum-bags out to take what's not ours. I argue that we should go to war against Islam to take what is theirs so they can't use it against us and that we, in turn, can use what they had against them now that it's our rather than using our own resources to defeat them. I argue, in effect, against drinking our own blood to stay alive to fight them, and that we should drink their blood to stay alive to fight Islam.

Some argue that if we do what they do, then we will be as bad as they are. I say, "NO. We must be worse than they are." I don't mean we should, like Muslims do, butcher sleeping babies. I mean we should have no restraints in our struggle to destroy Islam. Refrain from nothing that is effective in the struggle. Make Stalin weep. Make the Muslims pay us to do it. Filibuster for Universal Modernity.

A well known Islamic leader in Egypt by the name of Abu Ishak Al Huweini, who often appears on Egyptian TV, has recently said the following in Arabic and I have translated it into English:

“We are at a time of Jihad; Jihad for the sake of Allah is a pleasure, a true pleasure. Mohammed’s followers used to compete to do it. The reason we are poor now is because we have abandoned jihad. If only we can conduct a jihadist invasion at least once a year or if possible twice or three times, then many people on Earth would become Muslims. And if anyone prevents our dawa or stands in our way, then we must kill them or take as hostage and confiscate their wealth, women and children. Such battles will fill the pockets of the Mujahid who can return home with 3 or 4 slaves, 3 or 4 women and 3 or 4 children. This can be a profitable business if you multiply each head by 300 or 400 dirham,. This can be like financial shelter whereby a jihadist, in time of financial need, can always sell one of these heads (meaning slavery). No one can make that much money in one deal (from hard work) even if a Muslim goes to the West to work or do trade. In time of need, that is a good resource for profit.”

When I heard this audio message, I could not believe my ears. This is nothing short of barbaric and medieval preaching by a powerful Muslim leader in Egypt who has access to public TV and the ears of millions. This sheikh, who is at least honest and unapologetic about what jihad means, is also promoting the true model and example of the prophet Mohammed in the 7th and what he did to non-Muslims, as an example for all Muslims to follow today. Isn’t that the role of a prophet, to be the example to his followers?

It is difficult for Muslims to run away from their religious history, which is documented over and over again in Islamic books. Mohammed himself said, probably with pride, that he was made wealthy through terror. That preacher is just a good follower of Islam and that is why he is advocating the same kind of behavior. Hey, the plan made Mohammed rich, so why not let it be the formula for all Muslims today? What used to be whispered about Mohammed’s behavior and only discussed among the learned men of Islam is openly advocated today in public in a world where the ugly truth can no longer be hidden.

This audio has shocked some Muslims who are in denial about the history of Islam and the true meaning of jihad, which is defined as a war against non-Muslims to establish the religion and after the fight seize their property, women, children, enslave them and sell them like cattle. According to pure Muslims, what was the model for Muslims in the 7th century is now their model in the 21st century.

Nonie Darwish and most others on the side of human decency are good people, and they are uncritically against the kind of thinking the primitive above takes as normative Islamic consideration. That alone is why we must disregard such sentimentalities as Darwish et al propose: they are too good for the nature of this struggle, and if we leave it to these well-meaning philistines, we are surely doomed, Darwish and the others and us. But we would want to fight for such dreamy types. They are exactly the kinds of squishy fools who deserve to live in a dream-land of prettiness and world peace. Let them condemn those men who wage war for justice and peace in the world. Let them shriek as they are sure to do so loudly and endlessly. And let us continue on our ways regardless of their dramas and fits of moralistic over-reach. They really don't count where the fighting takes place. Nice people, and we're better off fighting for them than against them, but we needn't take their protestations seriously. If they won't fight for themselves, they can shout and stamp their feet and carry on living. The rest of humanity will do the work they won't do to keep themselves alive and in peace and security. Nice but irrelevant. Maybe they can send us cookies.
Posted by Dag at 2:33 AM 6 comments: