I had my passage booked on a tramp freighter to Haiti to do business in Port Au Prince. I was down at the dockyard standing on a dirty street under the baking sun when I found myself suddenly enclosed in a full darkness with minute little stars flashing way into the universe, a whining ring echoing in the blackness; and next, I found myself collapsed in a puddle of my own blood in the dust. It was yellow.

I laid down helpless in the dust by the docks and bled. Something about me is scary. No one dared attack me. I was able to rise up and make my way to shelter. A few months later I had recovered enough to travel to Canada. I arrived with my backpack in the night at the Via Rail station. 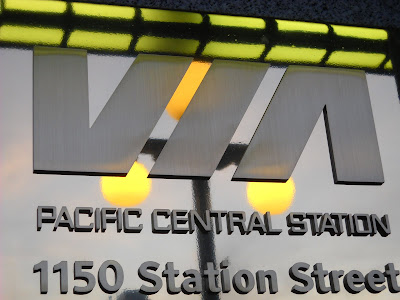 I looked at my arrival point recently, and there I saw it is yellow.

I'd travelled far to arrive in Canada to spend some time with my friend, hoping there for recovery so I could in time re-enter those other worlds, worlds of pain and war and death that I so love to make my way in.

No one lives for long in this life, and it's so much shorter for fools like I who court craziness in the wilds of the less than Human. Lugging a pack from here to there and hoping for one more day before death, hoping for one more grand experience of the sublime in the matrix of the terror, knowing that one cannot go on forever but must leave everything behind, if not in a dumpster here or a dumpster there, then a heap or a lump somewhere sometime, I made my way to relative safety in Canada to rest. A dumpster looms.... 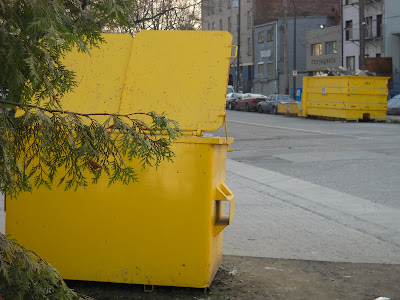 Every man has his day, and then some terrible fate waits and springs on him and takes away his phlogiston, who knows where it goes, leaving a man as nothing more than, perhaps, a worker's coat sucked empty by electricity, man's relic laying alone on a floor dominated by mysterious transformers. 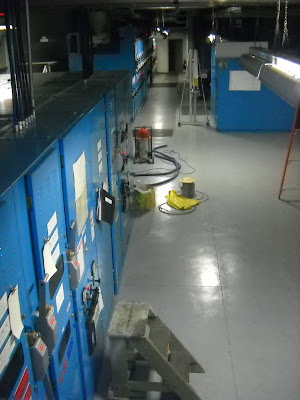 As one man goes, another man comes, and life shines wondrous, illuminating those who stay. I sometimes see clearly the beauty of man's achievments and the greatness of this built environment. That flash of light fades and I go on again in my own little darkness, the light lingering only in my memory. 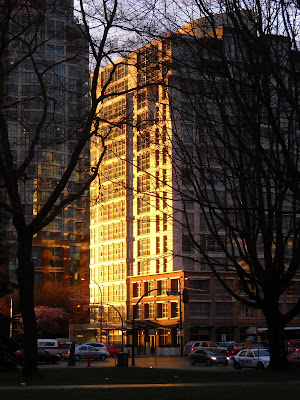 Sometimes I try to explain the beauty of the Modern, the glory of yellow, the depths of such vivid colour made by man and given to the world as a blessing to us all. I say, "Look, friend, at this yellow!" I am happy. Some are even moreso. 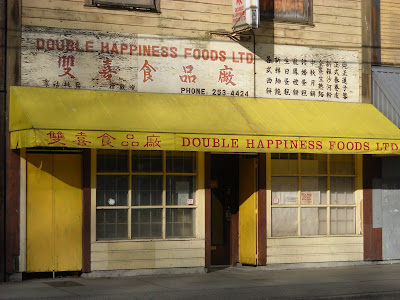 I have seen birds with feathers so yellow their beauty makes me weep; and flowers and cats and butterflies yellow as Platonically yellow. 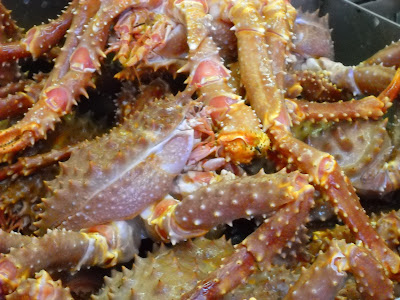 I know that at some point such things yellow will, in one way or another, eat me. Sometimes, till then, I eat some of them. Yellow. Such a glory.

Till I'm dumped and eaten, Life lives me. Hard as it is, I love it. I sometimes just sit and look at it, soaking it up and gazing in wonder at such a thing as yellow, knowing that if not for Man, yellow would be a rare thing in the world, and that because of man, yellow is common and lovely and available to a man like I am, a traveller who has no real place, who has his yellow experiences because of stable men who make yellow for the world. I sit and stare in awe. I am grateful. 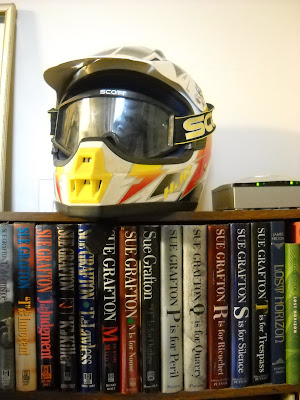 In the morning I sit and have coffee and look out my window at the sunlight shining on the garden below, at yellow bees and yellow flowers and the occasional corpse of a dead drug addict. I have coffee and a fried egg, toast and butter.

Nature provides Man with very little in the way of yellow, and that only fleeting and uncontrollable. A man might find a feather and stick it in his hair, might by extreme efforts mine and refine a bit of copper or gold, or, in a fit of desperation, might piss on his raw ecru wool. Such is the life of man in nature. Only the most important man can make his world yellow in a natural place. But today, thanks to dye, man, important or not in world affairs, can shine like the sun. 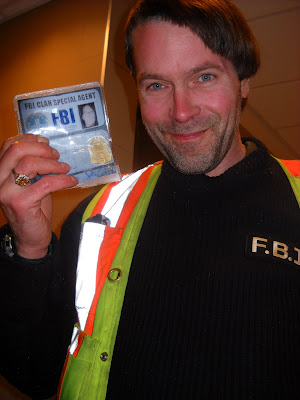 George might be important. He sends letters to Obama and Sarah Palin threatening to kill them. He works for the FBI. He has implants in his eyes. He is especially smart and knows things about things. He likes to dress up like a girl as well. He looks pleasing in yellow. Even if he's not important in world affairs, he has what few men in history have had: a yellow vest.
Not everyone appreciates George, nor do they all appreciate yellow, preferring to stand aloof from the common man and his unfathomable colours. But they, like me, like George, like you and others and them, we all have, should we so choose, the option of this extraordinary and simple primary colour. Cut off or cut in, we all share the possibility of this colour. 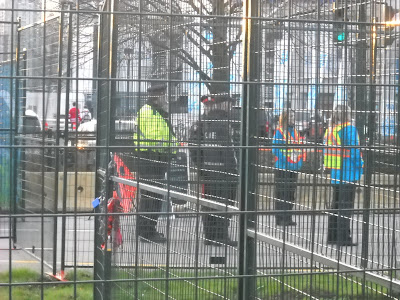 I'll have to leave sometime and return to the world of darkness, that being my natural state and my need for my own reflection demanding satisfaction. That other world is one of yellow as import. There's no lack of yellow in the world today, but it is all thanks to Modernity, which I will leave behind. I'll maybe pack up my things and go to the train station and, all aboard, leave for wild lands and peoples who live in dullness and pain under the stark white light of the scorching sun. All of my lovely Modern things, some vividly yellow, will go in crates and perhaps me, somewhere, in a dumpster. 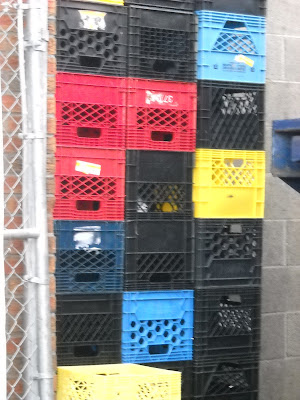 Till such time I'll slog through the gloomy grey days over rain-slick streets-- rapt by yellow.

Till the day my wandering begins again and I have to say fare thee well to my friend whom I love more than life itself, I have a shadowy thing no professionally homeless man can look at without wonder of the existence of God. 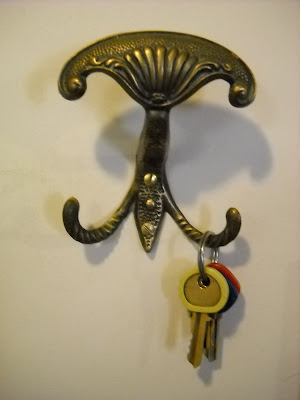 I have a set of keys.

John Constable, (1776 – 1837) English Romantic landscape painter, devoted his entire life "to the unostentatious acquisition of complete master over his craft in all its aspects. [...] He had the strong propensity of the age to take every possible advantage of scientific advance. Hence his concern with optics and studio lighting. He followed paint technology closely and made use of three newly discovered colours-- chrome yellow, cobalt blue, and emerald green-- as soon as they became available. His paint box, in the possession of the Tate Gallery, contains ten yellows, four of them developed in his lifetime. [...] Yellow, the colour that was most susceptible to develoopment through modern chemistry, was the basis of his colouring.

Posted by Dag at 11:18 PM No comments: Links to this post

One pic is worth a thousand emotions 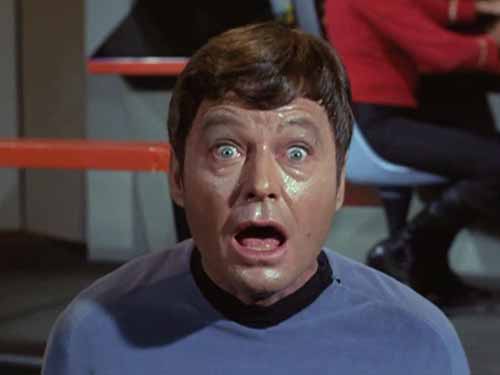 I find myself increasingly these days saying in public some outrageous things just because I'm sick of the tyranny of the leftard thought police here in Canada. Frankly, I'd love to see a commercial like the one below featuring jihadis and leftards. Sure, as individuals they're probably just fine people I'd like to go to the beach with to play volley ball and to picnic with and have a beer while watching the sun set. Yeah, that or see them like this:

Posted by Dag at 10:51 AM No comments: Links to this post