A Link to the Past.

For those visiting from PJM, here is the link to the history of telephones I mention in the comment section. Again, thanks for stopping by.

Bayonets in the days of laser-guided missiles? Bayonets are useful when the enemy is right there and there's no room to fire a rifle. You don't want to fire a rifle into a crowd, half of whom might be your own. You thrust and puncture the enemy. You don't fire at random into a crowd. First you stab, and if your bayonet is stick in bones and won't come free, then you fire to blow a hole to loosen your weapon. But that's all too icky for our own these days. We use computers. We don't actually stab a guy to death and then blow him up to get our weapons free of his dead stuff. Too yucky for ours these days. And forget about gutting a corpse so it doesn't bloat and explode before anyone can bury it or burn it. That's super-icky. Better to stay home and smoke pot and maybe go to an anti-war protest rally in the hope of finding a girl to hit on, maybe, if she's not too intimidating.

In 2004, with ammunition running low, a British unit launched a bayonet charge toward a trench outside of Basra, Iraq, where some 100 members of the Mahdi Army militia were staging an attack. The British soldiers later said that though some of the insurgents were wounded in the bayonet charge itself, others were simply terrified into surrender.

Instilling such terror is at the heart of the philosophical argument for keeping bayonet training, historians say.

“Traditionally in the 20th century – certainly after World War I – bayonet training was basically designed to develop in soldiers aggressiveness, courage, and preparation for close combat,” says Richard Kohn, professor of military history at the University of North Carolina at Chapel Hill.

Bayonet training is, in short, used to undo socialization – to “basically to try to mitigate or eradicate the reluctance of human beings to kill each other,” Mr. Kohn says. It is one of the challenges in US or Western society “where we have such reverence for the individual, where we socialize our people to believe in the rule of law, and all of that,” he adds. “What you’re doing with young people is trying to get them used to the highly emotional and irrational and adrenaline-filled situations in which they are liable to find themselves whether they are within sight of the enemy or not – and the reluctance to take a life.”

I am deeply concerned not only over Molly Norris being abandoned by our nation, I am sickened that all women in our nation are at risk because it seems all the men are creepy and cowardly. If men won't defend women, what the fuck good are they? Yes, what good are the women? What is any good at all if we just don't care about women and children?

Television pundit Virginia Ironside prompted outrage yesterday after saying she would suffocate a child to end its suffering.

Shocked BBC viewers complained after the agony aunt said she would hold a pillow over the face of a child in pain. 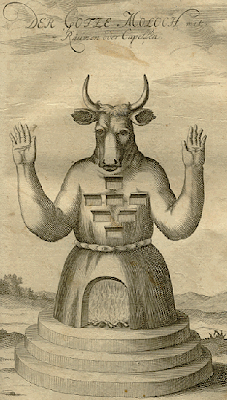 Minutes earlier the controversial writer said 'a loving mother' would abort an unwanted or disabled baby, and praised abortion as 'a moral and unselfish act'.

Television pundit Virginia Ironside prompted outrage yesterday after saying she would suffocate a child to end its suffering.

Miss Ironside said: 'If a baby's going to be born severely disabled or totally unwanted, surely an abortion is the act of a loving mother.'

Bayonets are bad. Pillows are OK. Molly Norris is in hiding because men are afraid.
Posted by Dag at 12:07 AM 2 comments: