Pretty girls, pretty boys, and men who arrive at night. 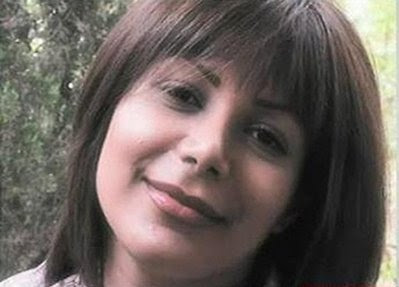 The May 2009 portrait ... by Caspian Makan, 37-year-old photojournalist in Tehran who identified himself as Neda Agha Soltan's boyfriend.

The Party line is that its America's fault for overthrowing Communist dictator in the 1950s.

On Monday, the BBC gained a clearer picture of Neda from a man who claimed to be her fiancé: he said Neda Agha-Soltan was driving with her music teacher, but had exited the car during a traffic jam when she was allegedly shot by pro-government militia.

firsthings wrote:Posted 2009/06/22 "If she wasn't a good looking young woman would this be a news item?"

really? i thought only christians got to go to heaven.
are you saying this muslim "martyr" gets to go too?
are you like, some kind of uncrowned, undeclared prophet, or saint?
you've got pull with the big, angry, bearded, invisible peeping tom in the sky, do you?

or did you just post without thinking about what you were going to say before you said it?

Of the dozen comments at CBC, over half were in this vein.

It's not particularly funny to read comments by teenagers about Mossedec, overthrown when I was too young to know about it. I do know something about Iran in the 70s, though. None of it matters much. It's about a girl and a nation today. It's about an oligarchy of professional tyrants today in Iran. But here it's mostly about angry and self-important loser Canadian kids with nothing to say and no reason for living, mindless conformists with the Party line to make themselves feel that there's a reason after all. Empty and stupid conformists who live on sentimentality and phony moralism. They have little else to think about. They don't know anything real. They live phony lives. People are conformists by nature, and this generation of conformists think themselves daring and smart. These stupd little sissie are going to get the shit kicked out of them. And they'll like it. At last they will meet men who aren't cowardly and snivelling and grovelling. Men here, as well as women, are starved for maleness. When these creepy-crawly kids encounter real men, and when these kids get brutalized and bullied, then we'll see them cry like little girls and love the beatings. That's the way life is. People respond to power, and power is male.

Some idiot, no doubt a sociologist, wrote a report claiming that Moroccan males attack gay men in the Netherlands because Moroccans have to lash out against the next lowest group in the pecking order, and lash out because they are oppressed by the white heterosexual power structure. It takes a conformist fool to come to a bogus conclusion like that. We all know it's a stupid conclusion, but in this day and time it's the accepted version of why. It's a girl's way of dealing with things. Fine. Live in a land run by girls. Then, when foreign men come, there's a price to pay in blood and death. Neda paid it. Shot to death by an effeminate puke who hates women and likes licking boys instead.

Canada is filled with effeminate creeps. America elected one as president. Iran is filled with old men who screw boys. A dozen men could wipe out a whole nation of sissies in a month. Hurt a few of them and the rest will roll over and cry. Then they'll love the attention and beg to belong. Then hurt a few more and they'll think you're god.

Meanwhile, incompetent Iranian kids are dying. A handful of strong men could destroy the nation in a month. They're missing. But that won't always be the case. They'll come. Where they come from is the serious question.

Perhaps you know already of the White Feather campaign in Britain in WWI: as a sign accusing men of cowardice women would give un-uniformed men a white feather. It was a public shame campaign. It worked. Men joined the military to escape the feather. Most did. Not all.

Archibald Fenner Brockway, The Baron Brockway (1 November 1888–28 April 1988), was a British anti-war activist and politician. Received from outraged fellow citizens so many white feathers, (signs of cowardice,) during WWI that he became famous for his response: "I have so many feathers I could make a fan."

Today such men as Fenner Brockway are lauded as the greatest of guys. I'd have knocked him to the ground and then stomped his nuts to mush. That's the way it is. It doesn't change no matter how sensitive and sharing and caring men are supposed to be. Only the weakest minded don't get this. Those and those who win at this game by playing along, careerist men and women who will change in a flash into killers true and cold-blooded. It takes regime change, and then the conformists will all turn over and be whatever the new regime demands of them. It's nature, buddy. Don't fight that.