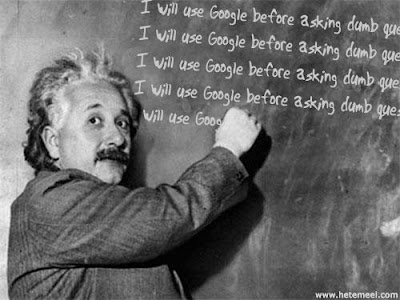 Life tosses some strange ones at us: we had today and yesterday an angry lunatic attack bureaucrats, and we had angry bureaucrats attack a terrorist; but we needed something completely different from what we got, which is a mess on two fronts.

Today a man, Joseph Andrew Stack III, burnt his home and flew his plane into an IRS building in Austin, Texas; Joseph Stack, a man enraged to suicide and murder by the infringements of the State into his life to the point he was maddened to murder. I have some sympathy for him. I also feel badly that our fellow Americans suffered because of his actions, those caught in his rampage against the system.

A man went nuts all of his own self. A man is dead and perhaps killed other Americans in his wake. Nothing good comes of it.

Without revolutionary theory there can be no revolutionary movement. This idea cannot be insisted upon too strongly at a time when the fashionable preaching of opportunism goes hand in hand with an infatuation for the narrowest forms of practical activity.

Vladimir Ilyich Lenin, What Is To Be Done? See: I. Dogmatism And “Freedom of Criticism”;
D. Engels On the Importance of the Theoretical Struggle.

Even with a "theory" we are not ahead in any valuable sense: Look at the Mossad action in recent days and the harm it does our friends and allies in Israel: that eleven men and women or more are now hounded by the world's police forces for the assassination of a Muslim terrorist, Hamas' Mahmoud Al Mabhouh, in Dubai.

J. A. Stack had no theory, no understanding of the greater struggle, no sense beyond his personal anger; and Mossad has no sense of J. A. Stack, seeing only the larger struggle as theoretical. One man goes postal; and the Post Office sends eleven mail men to deliver one message. No sense of proportion or sense. We need clear-thinking people if we are to win this struggle against Left dhimmi fascism and jihad. Lunatics and bureaucrats won't do it.

Posted by Dag at 1:50 PM No comments: Links to this post

Born to be Wild

I have a dual-purpose/ off-road motorcycle, a 650 with eight inches of front suspension for those times when one takes a big jump and lands hard. I've also got a serious safety orientation when it comes to my own bones, so I dress up like a gladiator, body armour to the max. If I'm going to live hard I expect to live.

I'm solar powered but my bike is a gas-eating beast. No Prias sissymobile for me.

A Landrover would be good.

But for now I'll stick with my bike.

Posted by Dag at 4:00 PM No comments: Links to this post

Labels: born to be wild, metrosexuals

You'll want to be ready for the post below, so now's your chance to find some comfort food, snuggle in to your chair, and get ready for "Why God invented Criminals."

Posted by Dag at 6:07 PM No comments: Links to this post

You gotta ask why God would create a world with so much evil in it, a question usually reserved for petulant kids and philosophers of theodicy. I try to keep it simple but not exactly stupid: the answer is that God invented criminals so Americans could rightly use the shotgun revolver that also takes .45 calibre bullets. Is that evidence of the existence of God? I pretty much think so, and I'm an atheist.

Posted by Dag at 2:56 PM No comments: Links to this post

Sarah Palin is mocked for having notes written on her hand. Next we read:

Posted by: Ed IV new
Feb 13, 12:48 PM
Word has it that Obama has "Look at the teleprompter" written on his hand, and Biden has "Hand" written on his.

Posted by Dag at 2:40 PM No comments: Links to this post