In light of the current reaction from the public against the outrages of "Human Rights Commissions and Tribunals" let's look at the story as it extends beyond these shores, so far as across the whole of the world, but then, really, only to Israel. This story comes from Nov. 24, 2006. Since that time things have only gotten worse. First, from the Jerusalem Post:

Israel could be considered deserving of more blame for its actions in the Lebanon war than Hizbullah, UN High 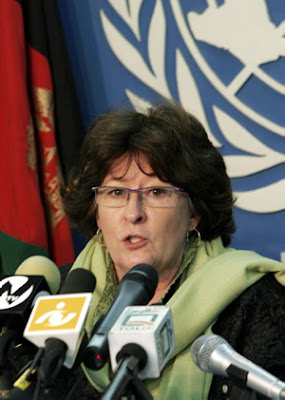 Commissioner for Human Rights Louise Arbour said in an interview with The Jerusalem Post Thursday.

Arbour spoke to the Post in Tel Aviv on the tail end of a five-day trip to Israel and the Palestinian territories. The visit came on the heels of international condemnation and charges of human rights violations following an IDF strike in Beit Hanun in which 19 civilians were accidentally killed.

Asked by the Post if there was a distinction under human rights law between missile attacks aimed at killing civilians and military strikes in which civilians are unintentionally killed, Arbour said the two could not be equated.

"In one case you could have, for instance, a very objectionable intent - the intent to harm civilians, which is very bad - but effectively not a lot of harm is actually achieved," she said....

[I]n looking at the two groups, she found that the lack of human rights was "particularly acute in the occupied Palestinian territory."
http://www.jpost.com/servlet/Satellite?pagename=JPost%2FJPArticle%2FShowFull&cid=1162378470980

Such profound hatred of civility gives a whole new sense to Milton's line: "Eyeless in Gaza at the mill with slaves." But in a rare fit of fairness, I must admit that perhaps Arbour has had a change of heart and is no longer the legalistic philistine she was a few years ago. Let's see:

The Israeli army estimates about 250 rockets and mortar rounds have pounded Israel since last week. Israeli troops killed more than 30 Palestinians over the same period.

UN High Commissioner for Human Rights Louise Arbour, in a speech on Wednesday, denounced Israel's "Disproportionate use of force and targeted killings" As well as Palestinian militants' firing of rockets into Israel. Arbour, a former UN War crimes prosecutor, told the forum that international law forbids collective punishment and said Israel should lift all restrictions on aid intended for Gaza. "All parties concerned should put an end to the vicious spiral of violence before it becomes unstoppable," she warned.

GENEVA, Switzerland: The UN Human Rights Council on Thursday demanded Israel lift its week-long blockade of Gaza, rebuking the Jewish state for the third time for violations in the Palestinian territories since the forum was set up in 2006.

Delegations from the United States and Israel, which both have observer status at the Council, boycotted the two-day session, diplomats said.

Now, I could have sworn I was on the bus, but I truly missed the stop where it made sense that a Canadian civil servant, UN High Commissioner for Human Rights Arbour, could stand up and contradict the government just because she feels like it. She was appointed, she can be recalled.

This is simply one more case of extra-legal opinionators making statements based on feel-good and ya-ya. These public fools have a physical effect, and too often that effect is death-- of others. It cannot go on like this without some break in the system. No one must die just because it upsets Ms. Arbour to see them live. Those who live in Canada cannot continue to allow this kind of fundamental outrage to go on in their names. High Commissioner or not, Ms. Arbour is condoning murder of innocent civilians by playing to the gallery. That, dear reader, strikes me as a war crime.

Geert Wilders and the Jooos!

At Jihadwatch earlier today a comment showed up on a post about Geert Wilders' up-coming film. Ya can't make up this kind of stuff: 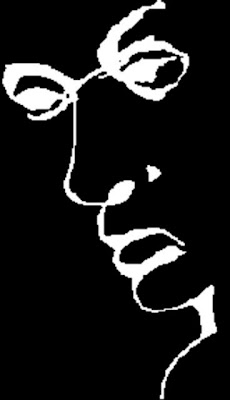 making an anti-islamic propaganda film: will he follow his fate, too?

A fact totally ignored by the media all the people who attacked islam in Netherlands are not DUTCH, but jews living in Netherlands.

Why dont just say straight out instead of hiding behind labels.

This is important because the last the time of the cartoons, a whole dutch embassy was burned in Tehran and goods from that country were boycotted by many muslims. This is not fair to the Dutch ,is it?

The dutch are honest, hard working white people, but the some people of jewish origin are obviously corrupting matters there.

But what actually drives people who attack islam so unfairly: it is the publicity they seek? why do they hate islam so much? these are questions i ask myself every day.

People can live so much peacefully without these provocative films in the name of freedom of speech.

But what freedom of peech exists in Europe when no one can talk about matters such as the death of the jewish people in the second world war? This is merely mischief hiding behind slogans.

I can obviously see what will happens after the release of this film: riots and poisoning of relations between europe and islam. I guess this is what the makers of the films are actually seeking.

They know very well these consequences but of course when it actually happens, they will raise thheir eye brows in innocence and claim they DID NOT HAVE ANY IDEA there film will provoke anyone, and move to offer "sincere" apologies.


The Muslim poster at 1:05 a.m. above who posts as "Goldberg" --his email address is allynoorj@yahoo.com....


Never again will I suggest that Hugh is prolix.
****

I'm inserting hot links here. I can't do better than the original poster, but please try to do so to keep me from having to repost things like this.

The links come from the commentator Green Views, below.

In Dutch and English
http://rupeenews.com/2008/01/29/geert-wilders-nv-inaugerating-energie-efficiente-ovens-voor-moslims-de-oudere-nazi-modelleert-niet-milieu-vriendelijk-nieuwe-modellen-hebben-een-afzonderlijk-compartiment-voor-het-verbranden-van-bo/

Read all about it in Dutch and English on http://www.rupeenews.com