Perhaps best known as the leader of the Purple Gang, a group from Detroit, the Purple Gang itself was notorious as a mob of bootleggers, so many of them imprisoned that when Elvis went to prison he found that the whole rhythm section was the Purple Gang.

Jimi Hendrix, Seattle-born guitarist, was much taken with Hayes, going so far as to write the song that has immortalized them both: "Purple Hayes," the lyrics of which include this famous line of comradely love: "Excuse me while I kiss this guy."

Hayes is reported to have turned purple at the mention of it, hence the nick-name. 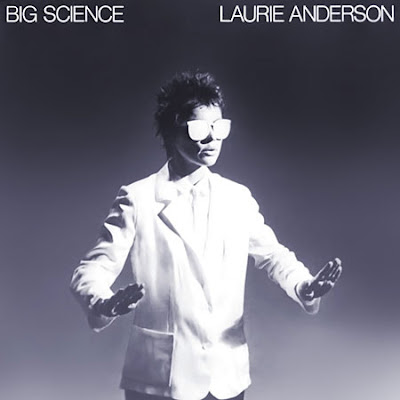 Those who know me well say I'm a Big Science guy. Some people even refer to me as "Mister Big Science." Well, I might not go quite that far. That math stuff kind of confuses me a bit, but otherwise I'm right up there. I'm not so much down with recently passed-on Solzhenitsyn. I'm really keen though on Richard Feynman. Fire? I can dig it. And the electricity devils are totally cool to me. The little snowmen homunculae who make ice in my fridge are some of my best friends. Slavic mysticism? Like, nope. But Science? It's big. I like it! Read this article below and you'll like it too. Trust me.

(Adapted from a Caltech commencement address given in 1974; HTML'ed from the book "Surely You're Joking, Mr. Feynman!")

During the Middle Ages there were all kinds of crazy ideas, such as that a piece of rhinoceros horn would increase potency. Then a method was discovered for separating the ideas -- which was to try one to see if it worked, and if it didn't work, to eliminate it. This method became organized, of course, into science. And it developed very well, so that we are now in the scientific age. It is such a scientific age, in fact, that we have difficulty in understanding how witch doctors could ever have existed, when nothing that they proposed ever really worked -- or very little of it did.

But even today I meet lots of people who sooner or later get me into a conversation about UFO's, or astrology, or some form of mysticism, expanded consciousness, new types of awareness, ESP, and so forth. And I've concluded that it's not a scientific world.

Most people believe so many wonderful things that I decided to investigate why they did. And what has been referred to as my curiosity for investigation has landed me in a difficulty where I found so much junk that I'm overwhelmed. First I started out by investigating various ideas of mysticism and mystic experiences. I went into isolation tanks and got many hours of hallucinations, so I know something about that. Then I went to Esalen, which is a hotbed of this kind of thought (it's a wonderful place; you should go visit there). Then I became overwhelmed. I didn't realize how MUCH there was.

At Esalen there are some large baths fed by hot springs situated on a ledge about thirty feet above the ocean. One of my most pleasurable experiences has been to sit in one of those baths and watch the waves crashing onto the rocky slope below, to gaze into the clear blue sky above, and to study a beautiful nude as she quietly appears and settles into the bath with me.

One time I sat down in a bath where there was a beautiful girl sitting with a guy who didn't seem to know her. Right away I began thinking, "Gee! How am I gonna get started talking to this beautiful nude woman?"

I'm trying to figure out what to say, when the guy says to her, "I'm, uh, studying massage. Could I practice on you?"

"Sure", she says. They get out of the bath and she lies down on a massage table nearby.

I think to myself, "What a nifty line! I can never think of anything like that!" He starts to rub her big toe. "I think I feel it", he says. "I feel a kind of dent -- is that the pituitary?"

I blurt out, "You're a helluva long way from the pituitary, man!"

They looked at me, horrified -- I had blown my cover -- and said, "It's reflexology!"

I quickly closed my eyes and appeared to be meditating.

That's just an example of the kind of things that overwhelm me.

The following piece is more Big Science. I'm a little more familiar with this kind of biological chemistry that the other. It's still big, though.

Hi. I'm not home right now
But if you want to leave a message
Just start talking at the sound of the tone

Hello? This is your Mother
Are you there? Are you coming home?
Hello? Is anybody home?

Well, you don't know me, but I know you.
And I've got a message to give to you.
Here come the planes.
So you better get ready.
Ready to go.
You can come as you are, but pay as you go
Pay as you go

Here come the planes
They're American planes
Made in America
Smoking or non-smoking?

In your electronic arms
http://www.teenagewildlife.com/Songs/O/OS.html

It takes a lot of courage to be not-a-hero. It takes courage to act honestly when convenience and career dictate quietude. It takes courage to do the job right and finish it regardless of the pressures to rush and pretend and smile and forget. It takes courage to just continue alone and do the right thing in a cold lab under the glare of scowls. Not all oppression is jackboots and rubber truncheons. Yes, Solzhenitsyn bravely faced torture over the years. Feynman asks for something different, and it too is bravery. It's the unremarkable and even forgettable bravery of ordinariness. Step by Cartesian step one faces the mob in white sheets daily. One resists the daily compromises of little corruptions, the things only you and the other guy would notice and no one will say a thing. Yeah, I know stuff, baby. It's why they call me...