It's amazing how often people around me in Iquitos have birthdays during my chocolate cake parties. I like chocolate cake, so I need more friends. Some of them might even like me a bit. That part isn't too important, of course, so long as the chocolate cake is good. Adrian Walker, my evil twin, supplied both the cake for my party and the lovely lady having a birthday. Damned good of both of them, I say, and I say they should do it more often because I really, really like chocolate cake. 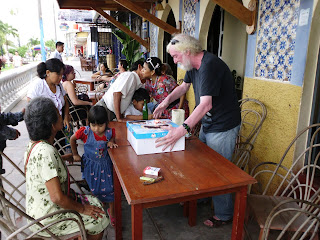 Adrian had a Chocolate Cake Party for me recently and he brought his best gal, Tatiana, along for the day to watch me enjoy it. 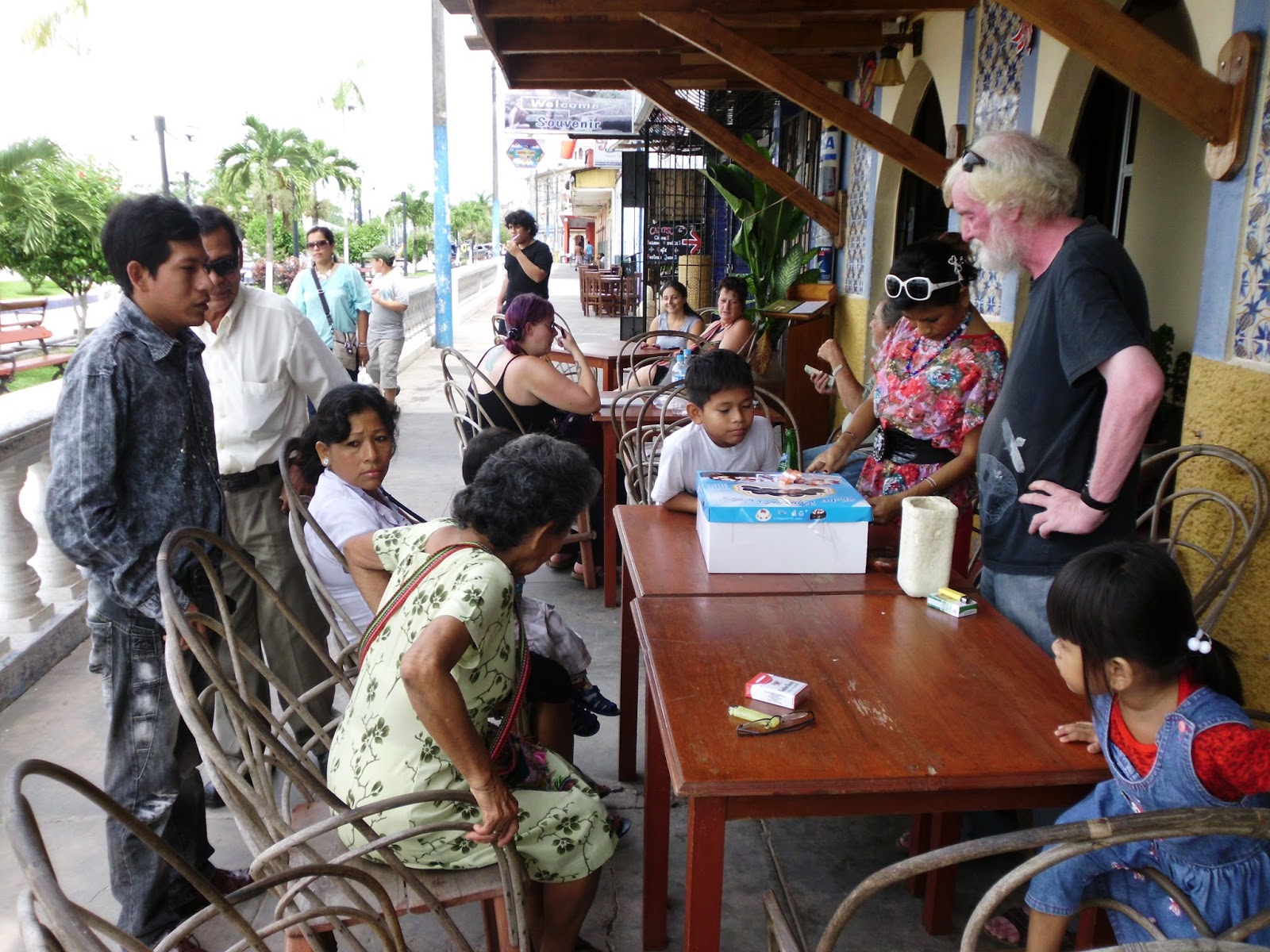 It was good of him to have this party at all, and especially nice of him to allow his girlfriend to enjoy it as well. Of course, it was her birthday, so that must have been part of the present. She is pretty happy for me, too. 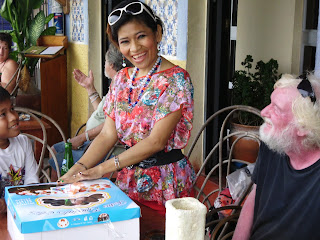 Tatiana used to work for the military in Peru, in the bomb disposal unit. So Adrian got her to open the box, just in case. 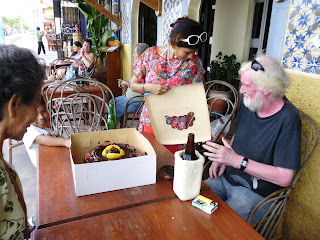 No bomb inside, just the cake for my party. What a relief, we all said. 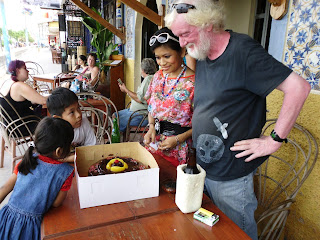 But just to make sure it wasn't a bomb, Adrian lit the fuse and we all ducked under the table. 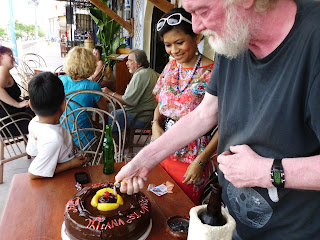 Tatiana and Adrian say prayers as the fuse burns. We figured that if the cake really was a bomb we would at least die in a blaze of chocolate. Not a bad way to go. 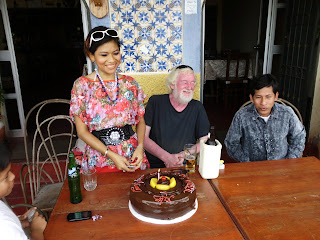 Tatiana was bashful when someone asked how it felt to know that this could be her last birthday. We asked how many she had, now that it was possible she would have no more since she could be soon going to chocolate heaven. 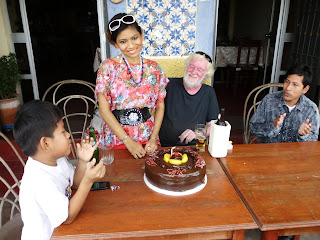 But, hey, why die in a chocolate bomb explosion? Adrian, being a science guy, said Tatiana should blow out the fuse and we should just eat the damned cake, bomb or no bomb. 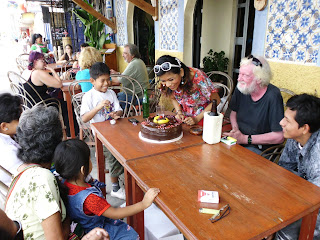 Here we see the Russian markings of the Tatiana #31 Birthday bomb cake. 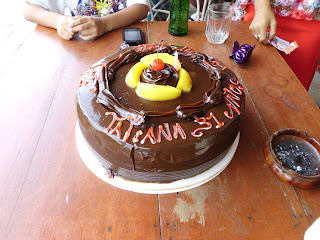 Knowing we could all die in a big burst instantly, Adrian closed his eyes and Tatiana stuck the knife in. 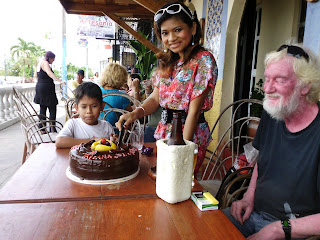 As soon as it was safe, a whole bunch of people came rushing in for a slice of that cake. Tatian's family came from nowhere. I have no idea who told them about my chocolate cake party, but it could be that Adrian let slip the news. 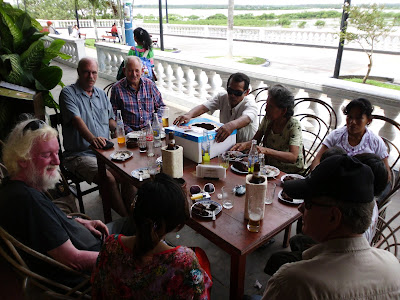 That's actually OK with me, even though a lot of people came and ate some cake. Last couple of times I ate the whole thing myself I got a big stomach ache. 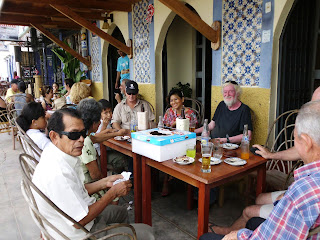 In all it was a great day, clearly secure as one can see from all the security guys sitting around wearing sunglasses. No bums cadging free cake at my party!


Thanks to Adrian for the cake, and thanks to Tatiana and family for showing up to help me eat it. Thanks too to the CIA guys who drank beer and left me an extra slice.

Let's do this again soon.