Dexter, where are you?

No brother, so I spend my time thinking about Islam and the punishments it deserves. It keeps me happy. I'm an apartment kind of guy. I like it. But there is so much one could do it only one could share some moments with a younger brother. Life is cruel, huh?
Posted by Dag at 11:15 PM No comments:

I took a walk through part of down-town Vancouver, Canada during the Olympic Games festivities. This is some of what I saw of local life:

I saw that I hanged my hat on a lost oil pump made art. Energy from yesteryear now immortalised in an abandoned parking lot. A faded hat, a barren gas pump, a dying day. 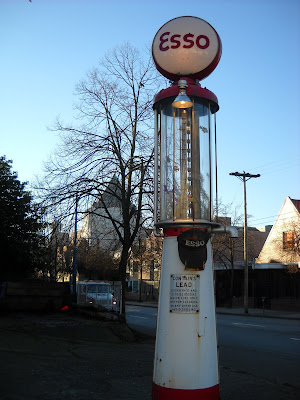 I saw the sun going down on a funeral chapel, casting a dark shadow in the deep-cut stone. 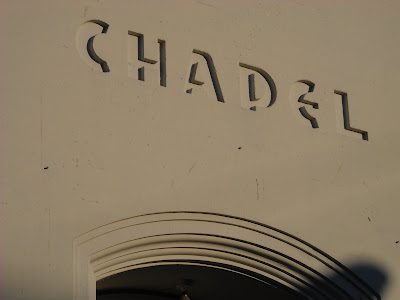 The former Central Business district of the city is now a mile-long stretch of derelict buildings and storefronts for marijuana sellers, pawnbrokers, convenience stores selling crack pipes under the counter, and an endless variety of "social agencies" for mental patients and drug addicts and those who just gave up and decided to live downtown in the midst of the mess of it all. Former office buildings that became skidroad hotels finally became abandoned, high hopes and grandiosity regal in name only. 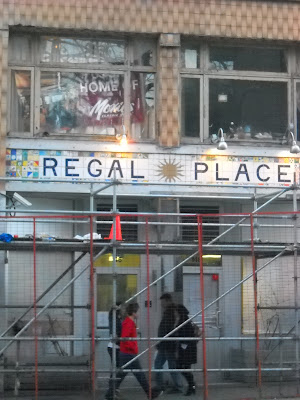 No point to complain. The game goes on, and some win and some lose and most sit back and watch. 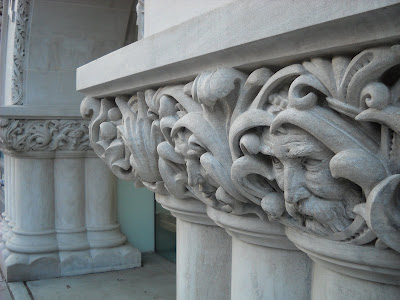 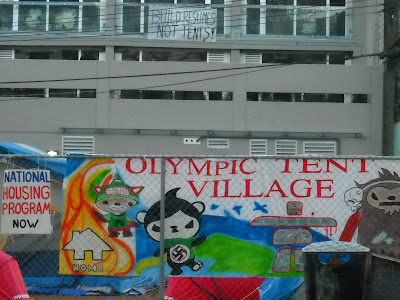 Some are upset that the former Woodwards building, a famous landmark in the city, was "gentrified," claiming that such is a reflection of the distortion of capitalism in the city on "the poor." I think it's kind of pretty, myself. 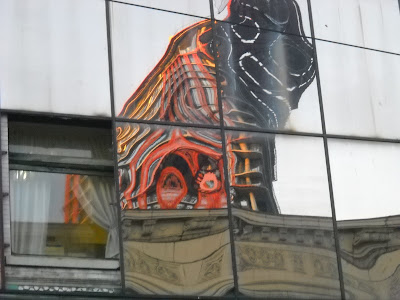 But some see it as distortion. What do I know? I'm a tourist here. 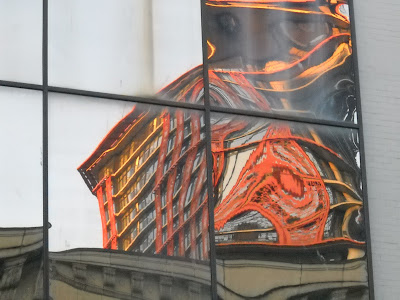 I just try to get along. 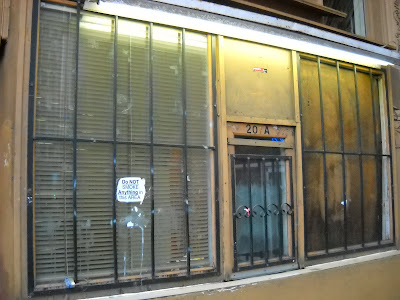 If the sticker on the abandoned wicket window says "Do Not Smoke ANYTHING Here," I just cast my gaze upward and pay no attention to what's happening in front of my eyes. It's my life, and D is for Dag. 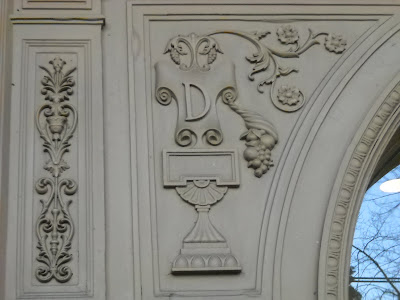 America is beating Canada at hockey. Life goes on, and tomorrow things might change. I figure much of the game depends on how I want to see things. It's in our own hands, I think so. 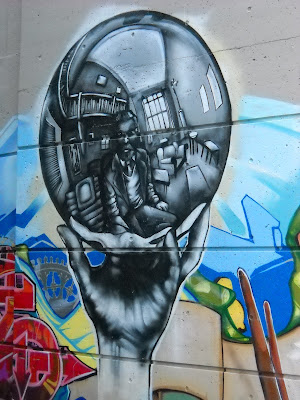 A day dies, a night begins; the sun sets and out comes the moon. Life goes on, a game for the living. I kind of like it. This is often enough a good city to like it in. 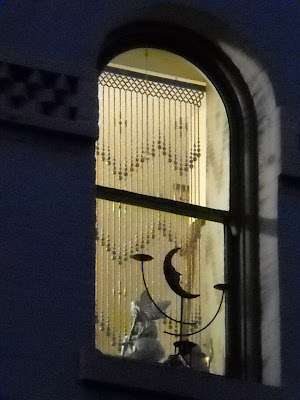 So, till next time, good-night to you, dear reader, for now, from Vancouver, Canada.
Posted by Dag at 8:54 PM No comments: