Islam: It's a Man's World 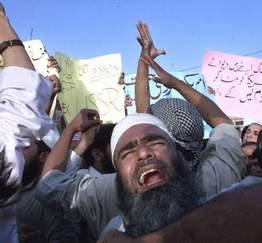 Some Muslim women are stupid, some are timid. Some are despe 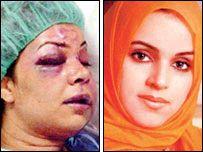 rately poor, insanely acculturated, or simply locked up and unable to escape from those who beat, rape, sexually mutilate, and murder them. They don't need sharia law. They need protection. They need their own rights protected by the government, not given away to those who would beat them further.

A man who hits a woman is a coward and a bully and a piece of garbage. But those who stand back and excuse that behavior on the grounds that it's Islamic culture, that it's racist to interfere in other people's customs that might differ from ours: those men are evil. When dhimmitude becomes whimmitude the line is crossed into a moral wilderness where a man is no longer a man at all. The man who won't stand up against a woman-beater is filth. There is no excuse. There can be no forgiveness. There is only punishment.

Posted by Dag at 7:44 PM No comments: Links to this post